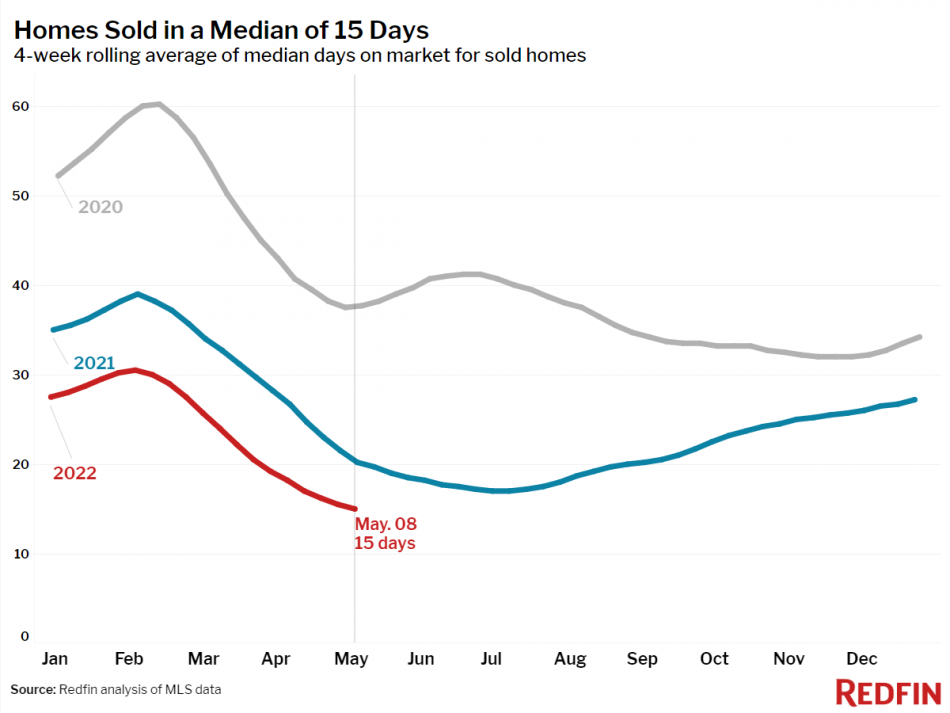 Homes Hit A New Record Low For Time On Market

While demand may be shrinking, available listings are selling faster than ever, according to new data out from Redfin. For the four-week period ending May 8, homes that sold were on the market for a record-low median of 15 days—down from 20 days a year earlier.

The demand appears to continue to outpace supply, accounting for the rush off the market.

New listings of homes for sale were down 5 percent from a year earlier, and have by and large been down year-over-year since September 2021. Active listings (the number of homes listed for sale at any point during the period) also fell 17 percent year-over-year.

Pending home sales were down 6 percent year-over-year, the largest decrease since June 2020.

“Rising mortgage rates have taken a notable bite out of demand,” said Redfin Chief Economist Daryl Fairweather. “But still, homebuyers who remain in the market are facing stiff competition, especially for the most desirable homes. Given the lack of homes for sale, it would take a much larger drop in demand for buyers to really feel like the market has truly turned in their favor.”

But don’t think that sliding demand is dampening prices.