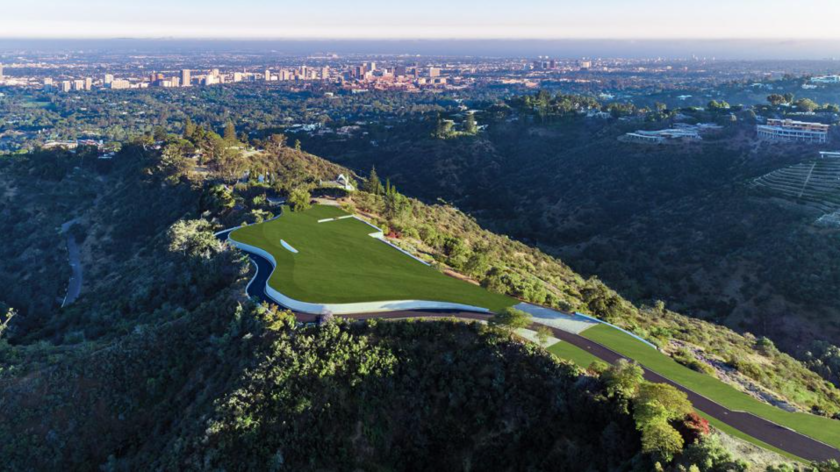 Update: We now know who picked up the enchanted piece of land above Beverly Hills! The assumption in real estate circle was that the buyer was either a foreign investor or came from the tech world—and the latter appears to be true.

The Wall Street Journal is reporting that former Google CEO Eric Schmidt is the new owner of one of the largest pieces of undeveloped land in the ultra lux area. Schmidt’s big—albeit discounted—purchase ends a three-year sales effort. While no word on what exactly Schmidt plans on doing with the 120 acres, it could be developed into a large compound as large as 80,000 square feet.

If you thought Beverly Hills homes were selling for extraordinary amounts of money, imagine what a coveted piece of land will run?!

Known as “Enchanted Hill,” the 120 acres of Beverly Crest land owned by the late Paul Allen has sold for $65 million, according to the L.A. Times. The land was nicknamed “Enchanted Hill” by Greta Garbo back in the 1920s, who was the neighbor of then owner screenwriter Frances Marion and silent film star Fred Thomson.

Allen, who co-founded Microsoft, purchased the sprawling acreage in the late 1990s for $20 million. Allen had originally planned on building a new estate and a winery on the land, but the plans never went through before his death in 2018.

A trust in Allen’s name first listed the land for sale in 2019 with an asking price of $150 million, eventually lowering the offering to $95 million. Yahoo News reports that Jeff Bezos attempted to purchase the lot for $90 million in February of 2020, before the deal fell through.

Per the listing, the property was being featured for future development to include a main residence with four additional estate sites for multiple guest houses. Other uses noted in the marketing material included a state-of-the-art fitness and wellness center, a spa, an entertainment complex, a sports arena, equestrian facilities or winery.