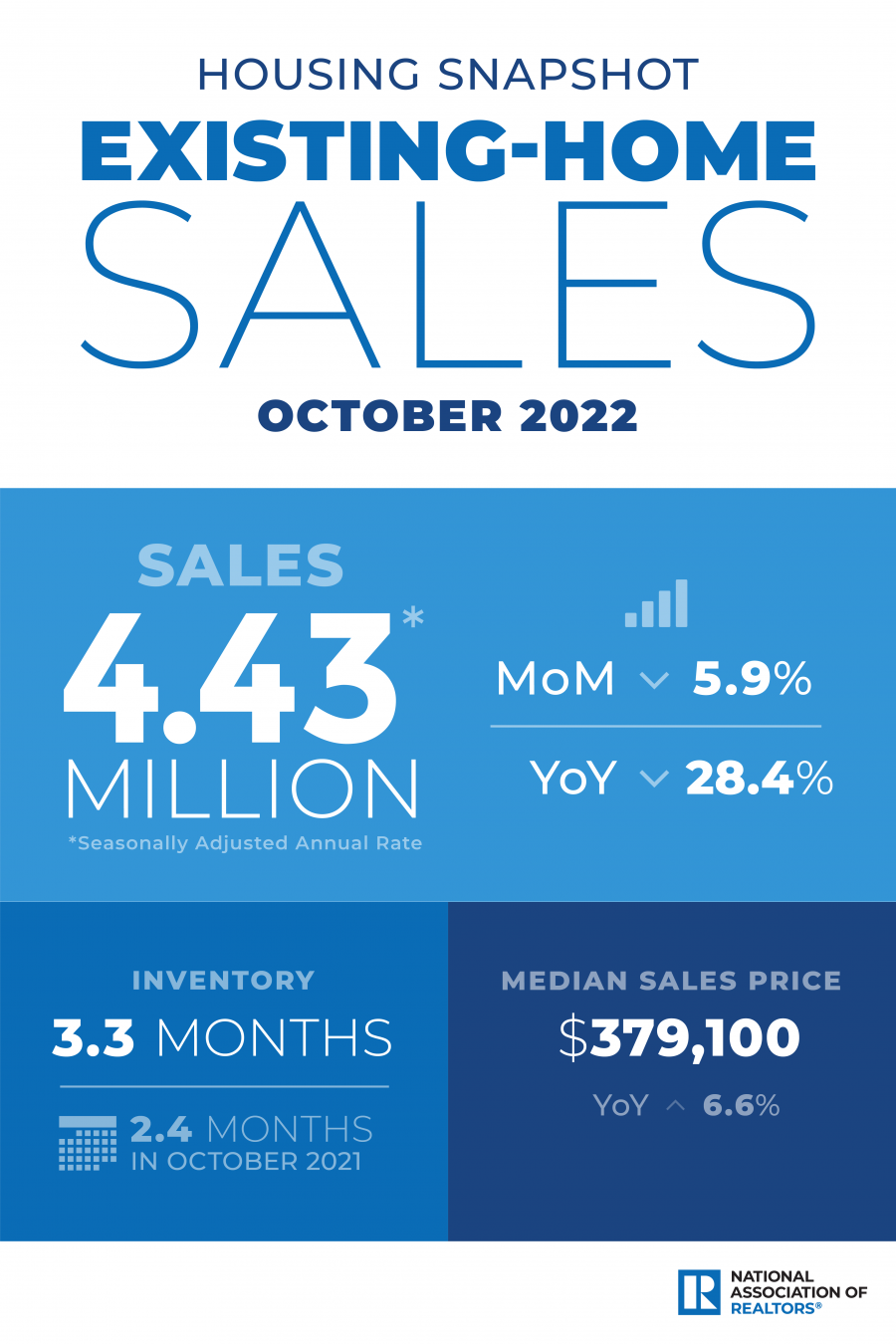 California’s October sales report appears to have been indicative of the rest of the country as new numbers out from the National Association of Realtors shows existing-home sales slumped across the U.S. last month.

Total housing inventory at the end of October was 1.22 million units, which was down 0.8 percent from both September and one year ago. Unsold inventory sits at a 3.3-month supply at the current sales pace, up from 3.1 months in September and 2.4 months in October 2021.

“More potential homebuyers were squeezed out from qualifying for a mortgage in October as mortgage rates climbed higher. The impact is greater in expensive areas of the country and in markets that witnessed significant home price gains in recent years,” said NAR Chief Economist Lawrence Yun. ”Inventory levels are still tight, which is why some homes for sale are still receiving multiple offers. In October, 24 percent of homes received over the asking price. Conversely, homes sitting on the market for more than 120 days saw prices reduced by an average of 15.8 percent.”

The median existing-home price3 for all housing types in October was $379,100, a gain of 6.6 percent from October 2021 ($355,700), as prices rose in all regions. This marks 128 consecutive months of year-over-year increases, the longest-running streak on record.

Listing of the Day: Ventura Cottage