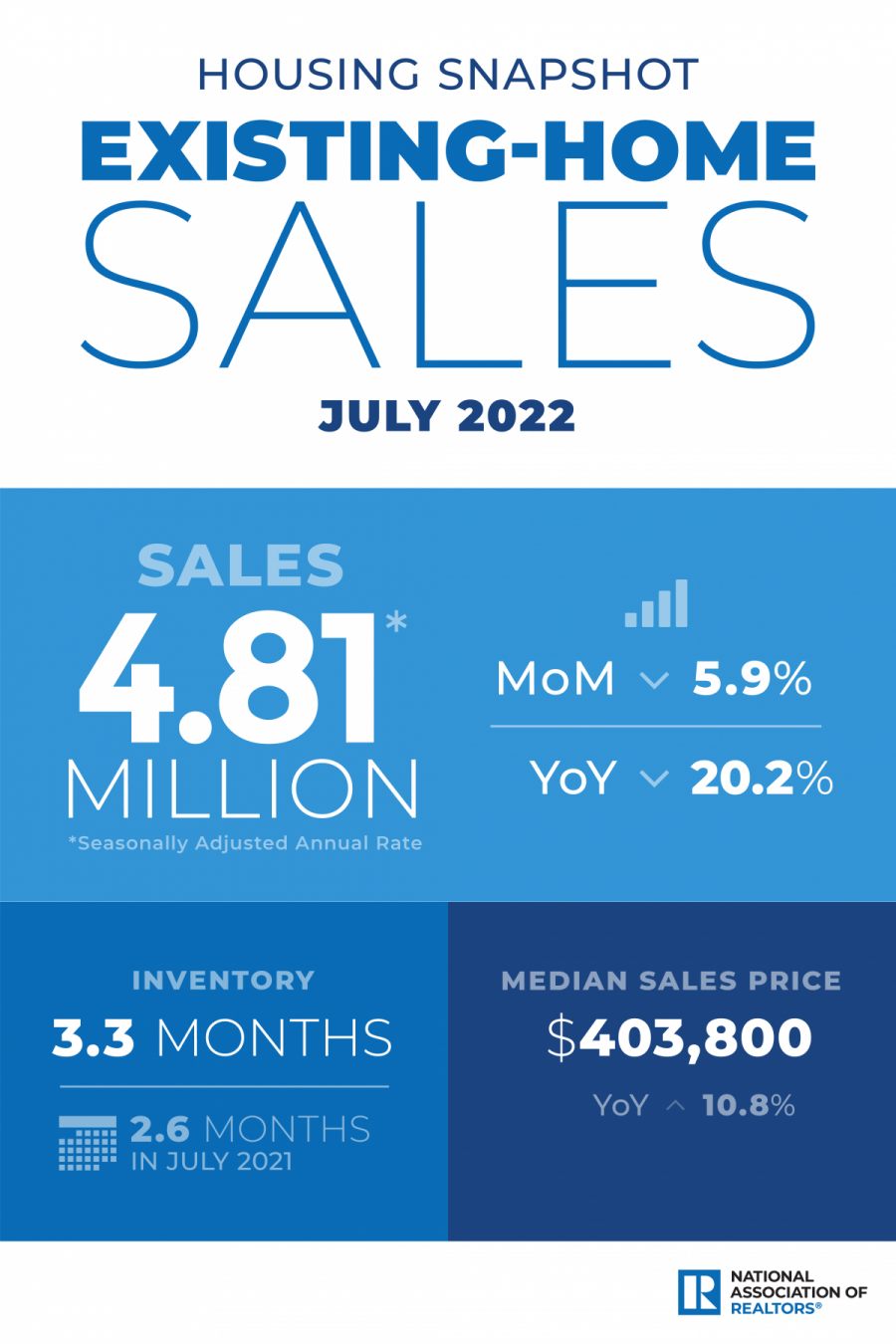 As goes California, so goes the rest of the country could be the real estate motto of the week. With Golden State real estate sales down per new July numbers, we’re now getting a sense of the national outlook…

According to the National Association of Realtors, existing-home sales fell 5.9 percent nationally in July, month-over-month. Compared to July 2021, sales were down 20.2 percent.

Prices, though, continued to climb—at least on an annual basis. The median existing-home sales price was up 10.8 percent from one year ago to $403,800.

Like California, prices did retreat nationally from June to July, when last month’s record high was $413,800.

“The ongoing sales decline reflects the impact of the mortgage rate peak of 6 percent in early June. Home sales may soon stabilize since mortgage rates have fallen to near 5 percent, thereby giving an additional boost of purchasing power to home buyers,” said NAR Chief Economist Lawrence Yun. “We’re witnessing a housing recession in terms of declining home sales and home building. However, it’s not a recession in home prices. Inventory remains tight and prices continue to rise nationally with nearly 40 percent of homes still commanding the full list price.”