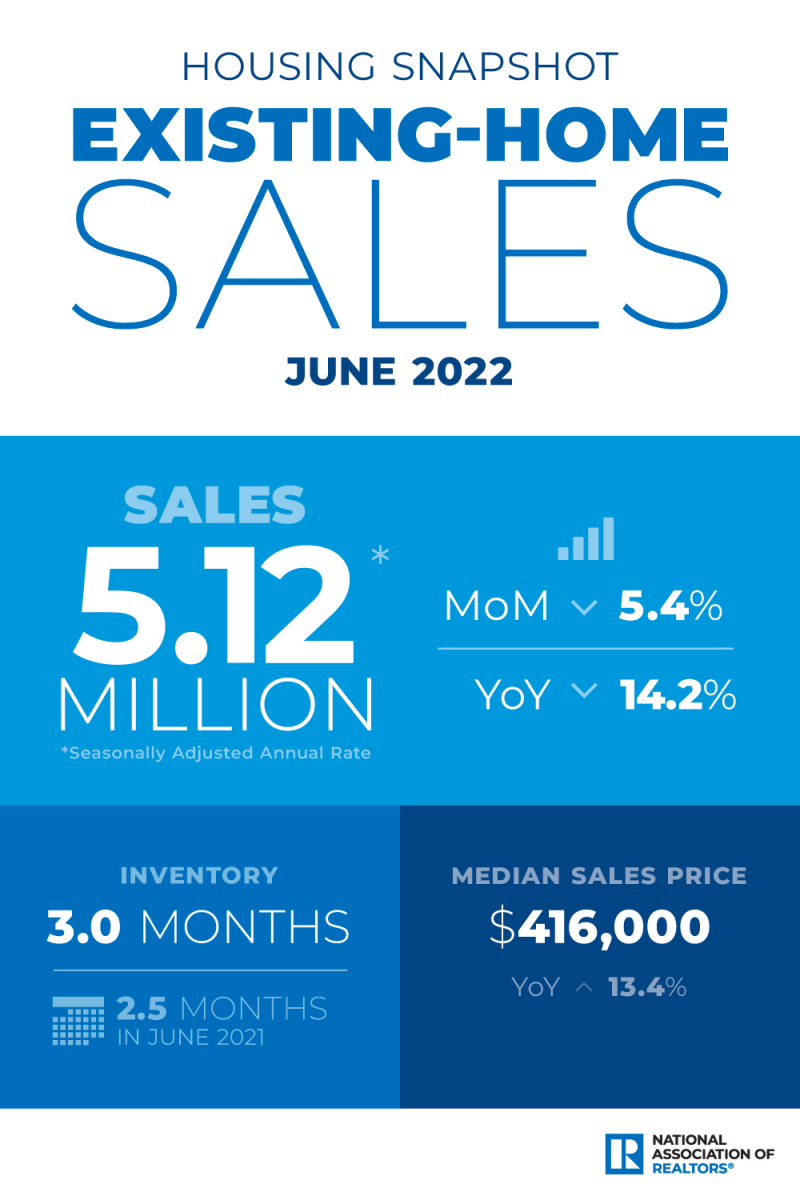 Much like California’s real estate numbers from June, the bulk of the country also saw sales decline last month according to new numbers out from the National Association of Realtors.

NAR reports that, for the fifth consecutive month, existing-home sales dipped 5.4 percent from May to a seasonally adjusted annual rate of 5.12 million in June. Year-over-year, sales fell 14.2 percent.

The median existing-home price in June was $416,000, up 13.4 percent from June 2021, as prices increased in all regions. This marks 124 consecutive months of year-over-year increases, the longest-running streak on record.

“Finally, there are more homes on the market,” Yun added. “Interestingly though, the record-low pace of days on market implies a fuzzier picture on home prices. Homes priced right are selling very quickly, but homes priced too high are deterring prospective buyers.”

Existing-home sales in the South slipped 6.2 percent in June. The median price in the South was $374,900, a 16.8 percent increase from June 2021. For the tenth consecutive month, the South recorded the highest pace of price appreciation in comparison to the other three regions.