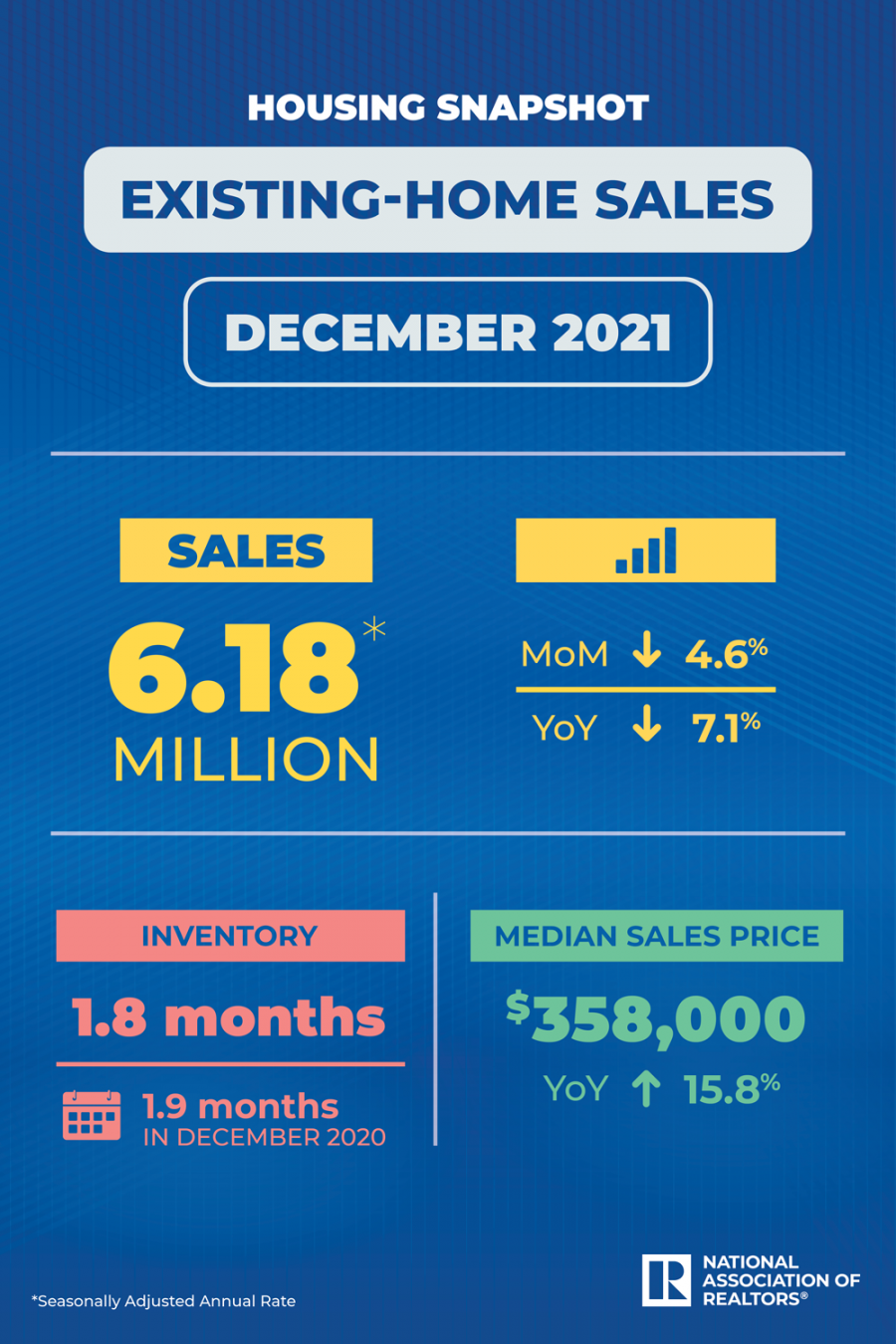 December sales may have been down, but not enough to derail a banner year for existing home sales.

According to new data out from the National Association of Realtors, overall sales for 2021 increased 8.5 percent to 6.12 million. Total existing-home sales dropped 4.6 percent in December 2021, compared to November.

“December saw sales retreat, but the pull back was more a sign of supply constraints than an indication of a weakened demand for housing,” said Lawrence Yun, NAR’s chief economist. “Sales for the entire year finished strong, reaching the highest annual level since 2006.”

Inventory at the end of December amounted to 910,000 units, down 18 percent from November. Unsold inventory sits at a 1.8-month supply at the present sales pace, according to NAR, down from 2.1 months in November.

The median existing-home price for all housing types in December was $358,000, up 15.8 percent December compared to a year prior. This marks 118 straight months of year-over-year increases, the longest-running streak on record.

January 21: Open House Round Up