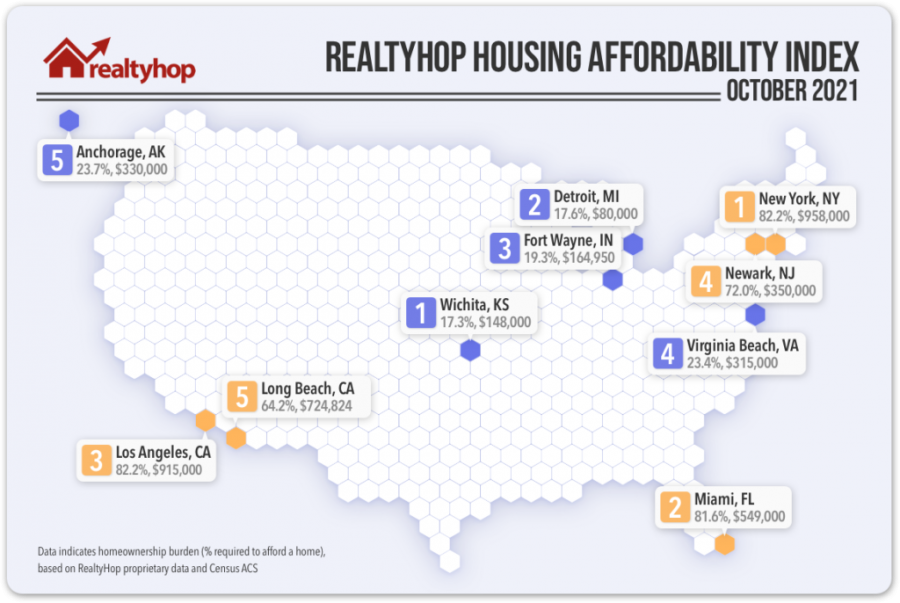 Miami Surpasses L.A. As The Second Most Expensive Market In The U.S.

RealtyHop’s monthly affordability index is out, and Miami has overthrown Los Angeles as the second most expensive market in the U.S.

According to new data, Miami overtook L.A. as the second most expensive housing market in the nation, even though the price decreased slightly since RealtyHop’s last report. A household in Miami should expect to pay $2,653 per month toward homeownership costs—roughly 81.55 percent of median incomes.

New York maintained it’s spot atop the list, where an average household would need to spend 82.15 percent of their income on homeownership costs to own in the city. Newark and Long Beach rounded out the top five.

As for the most affordable markets, according to RealtyHop, Wichita, KS came in at no. 1 for the first time in the index history. A family making $52,620 can expect to set aside 17.34 percent of their annual income toward owning a home.

Listing of the Day: Midcentury Meets Modern In Torrance