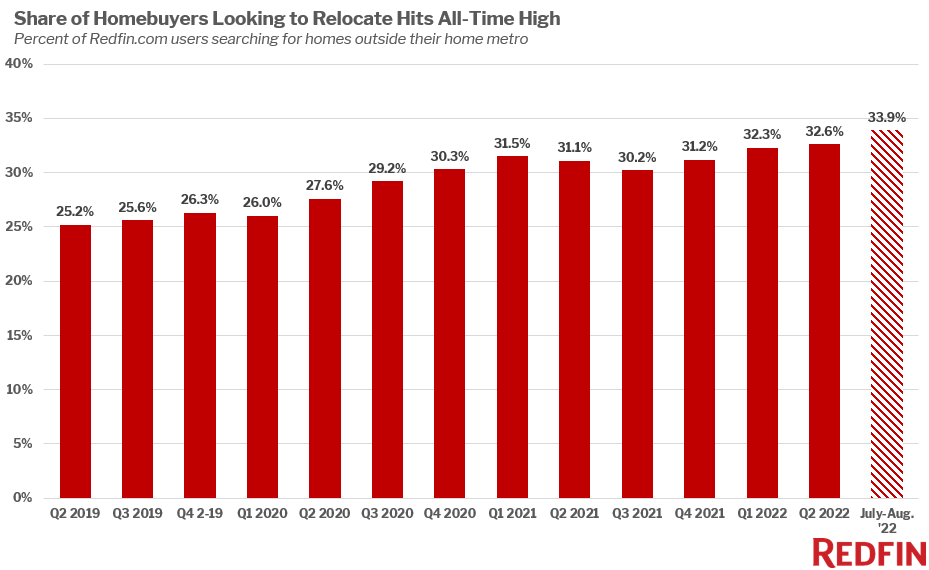 The share of Redfin users looking to relocate has hit an all-time high according to new data out from the site.

A record 33.9 percent of Redfin.com users nationwide looked to move from one metro to another in July and August, up from 32.6 percent in the second quarter and about 26 percent  before the pandemic. More homebuyers left the Bay Area than any other metro in July and August, followed by Los Angeles, New York, Washington, D.C. and Boston.

In particular, migration out of L.A, N.Y., D.C. and Boston increased from a year earlier. Redfin reports that the top destination for those leaving Los Angeles while remaining in-state continues to be San Diego, while San Francisco residents are heading to Sacramento in increasing numbers.