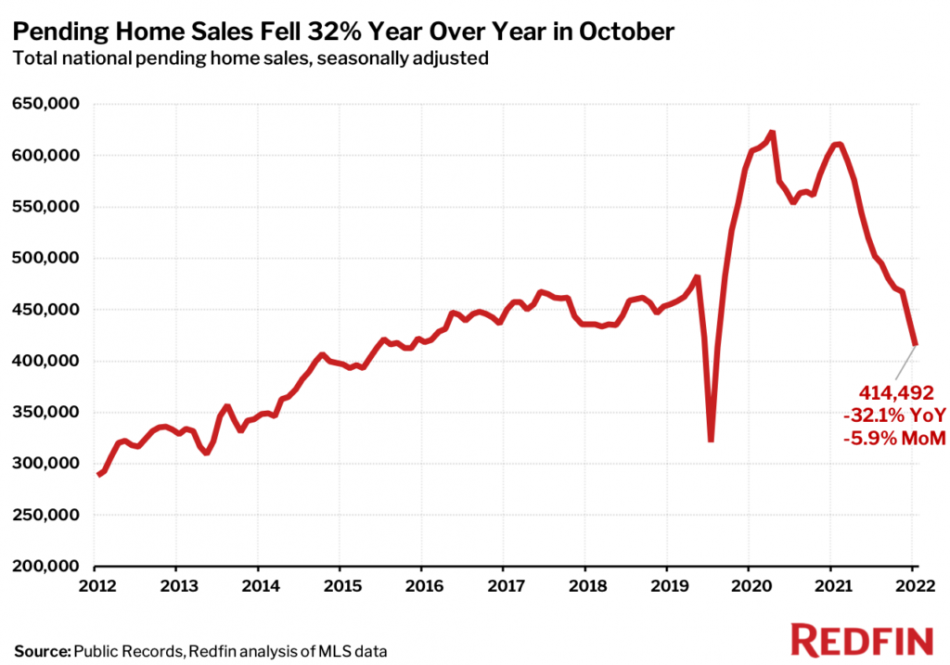 October’s market numbers appear to be going from bad to worse. Redfin is out with it’s monthly pending sales report, which found a record decline in would-be sales across the country.

According to Redfin, Nearly 60,000 home-purchase agreements fell through last month, equal to a record 17.9 percent of homes that went under contract. Pending sales dropped 32.1 percent year over year last month, the largest decline since at least 2013, when Redfin’s records begin.

Meanwhile, 23.9 percent of homes for sale experienced a price drop, double the rate of a year earlier. The median U.S. home sale price declined 1.4 percent month-over-month—the largest slowdown during any October since 2012—but was still up 4.9 percent from a year earlier.

“The Fed’s actions to curb inflation are causing the housing market to slow at a pace not seen since the financial crisis,” said Redfin Economics Research Lead Chen Zhao. “There are already early but promising signs that inflation is cooling, which caused mortgage rates to drop last week. If that progress continues, buyers who recently backed out of deals may return to the market and sellers may be less inclined to slash their prices.”