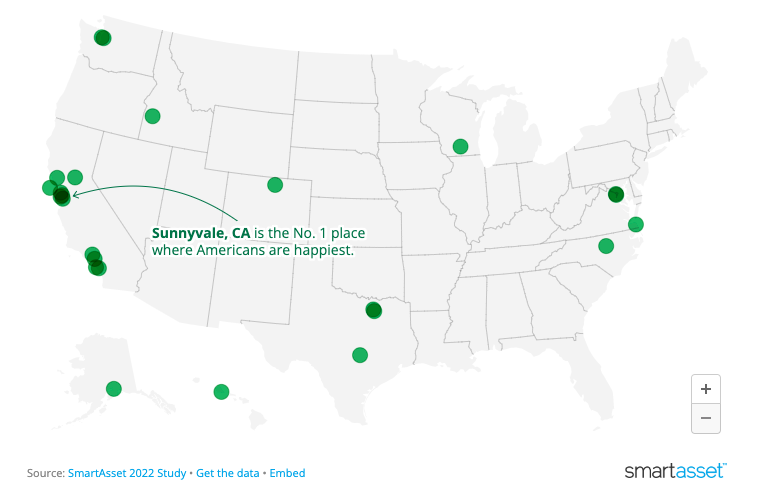 Does money really buy happiness? How about the marriage rate or average commute time? SmartAsset.com sought to find the happiest cities in America and it turns out, the majority of the top 10 are right here in California.

Based on criteria including percent of individuals earning $100,000 or more, cost of living, down payment-to-income ratio, as well as life expectancy, average commute time and violent crime rate, the research found that Sunnyvale ranks best. The city has the highest percentage of individuals earning $100,000 or more, the third-lowest percentage of adults living below the poverty-level (roughly 5 percent) and the fifth-highest marriage rate (56.8 percent). Violent crime in the area is also low (No. 9) with roughly 149 violent crimes per 100,000 residents.

Arlington, VA and Bellevue, WA came in second and third, followed by Fremont in Northern California. Fremont actually ranks third for both its high percentage of individuals earning $100,000 or more (55.4 percent) and its low living costs relative to income (32.17 percent).

Rents Slid For Third Consecutive Month To Close Out 2022