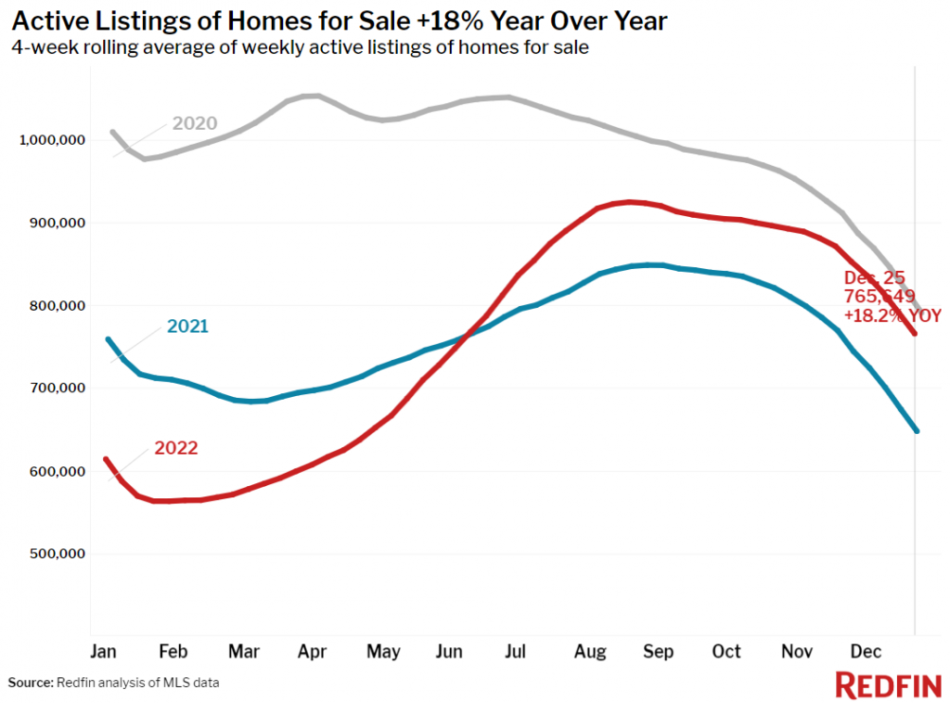 The supply of homes for sale posted a record year-over-year increase at the end of 2022, even as inventory continued to sit on the market for longer periods of time. That’s according to new numbers out from Redfin, which found the total number of homes for sale rose 18 percent from a year earlier during the four weeks ending December 25.

That marks the largest increase in inventory since 2015.

Inventory is up even though new listings are down by double digits. The typical home was on the market for 40 days before going under contract, more than double the record low of 18 days set in May—and the slowest pace since January 2021.

Just over one-quarter of homes went under contract within two weeks, the lowest share since January 2020.

“[The] week’s mortgage-rate pop can be chocked up to a handful of factors, but the week between Christmas and New Years is typically the slowest of the year for pending sales,” said Redfin Deputy Chief Economist Taylor Marr. “We’ll know more about the direction of rates and whether the recent uptick in early-stage demand will translate into sales when we’re settled into the new year.”