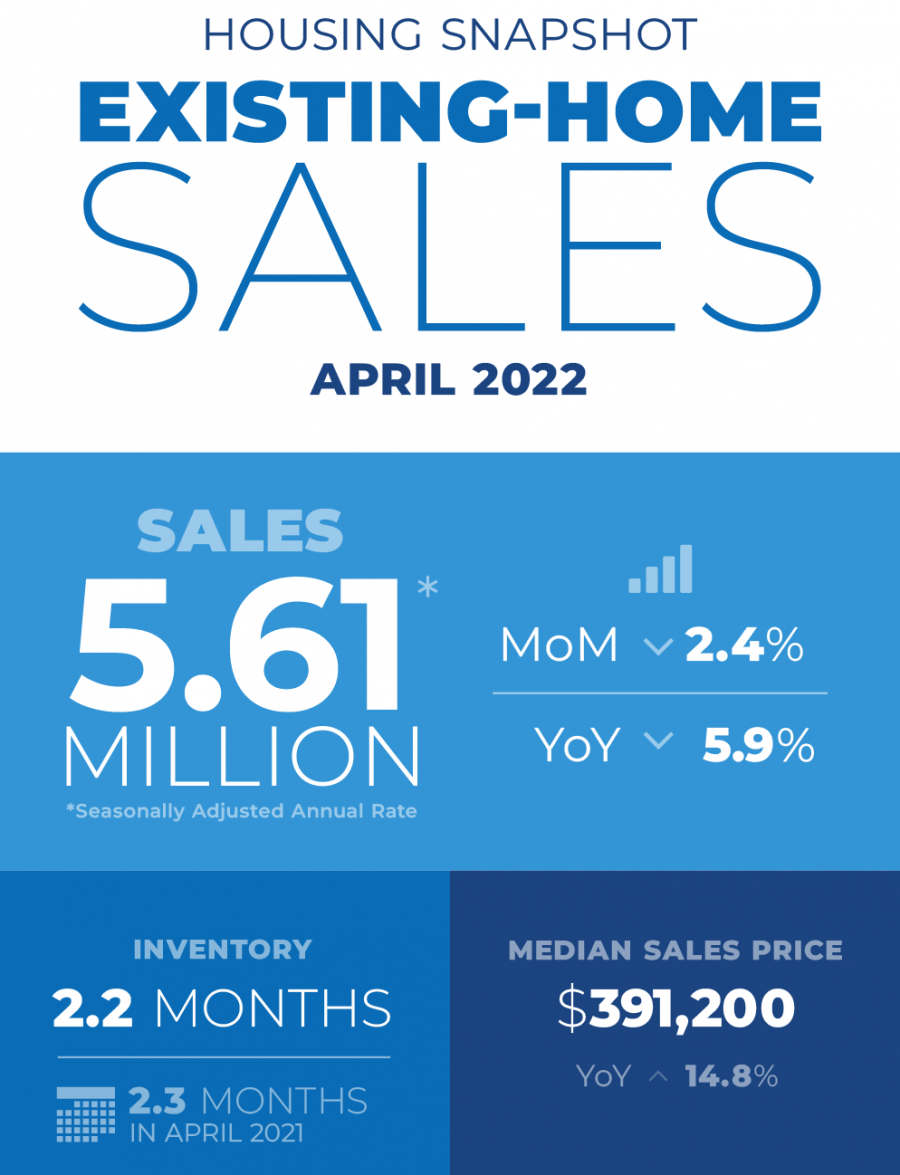 Like California, the rest of the country has continued to see existing-home sales slow even as prices continue to rise.

Month-over-month sales were split among the four major U.S. regions, with two areas posting gains. Year-over-year sales were down in all four regions.

The median existing-home price in April was $391,200, up 14.8 percent from April 2021. This marks 122 consecutive months of year-over-year increases, the longest-running streak on record.

“Higher home prices and sharply higher mortgage rates have reduced buyer activity,” said Lawrence Yun, NAR’s chief economist. “It looks like more declines are imminent in the upcoming months, and we’ll likely return to the pre-pandemic home sales activity after the remarkable surge over the past two years.”

The total housing inventory at the end of April was up 10.8 percent compared to March and down 10.4 percent from one year ago.