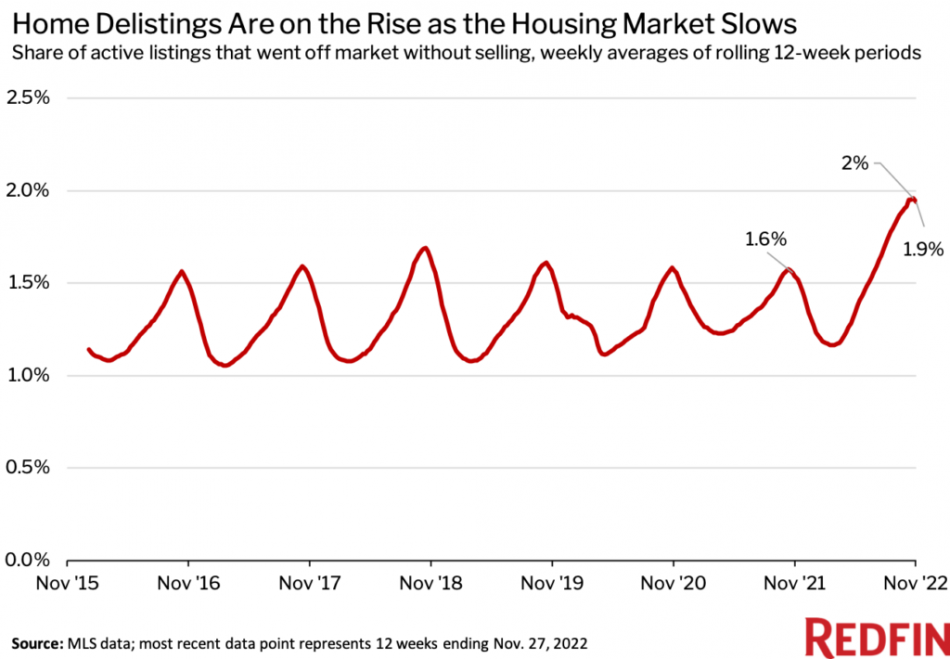 The softening of the real estate market has pushed delistings to a new high, according to Redfin. For the 12 weeks ending Nov. 20, a record 2 percent of U.S. homes for sale were delisted each week, compared with 1.6 percent one year earlier.

The share has come down slightly since then, declining to 1.9 percent during the 12 weeks ending Nov. 27, which include the Thanksgiving holiday.

In Sacramento, where buyers rushed to pick up property during the pandemic, the number of delistings was above the national average. Per Redfin, 3.6 percent of active listings were delisted per week on average during the 12 weeks ending Nov. 27, up 1.6 percentage points from one year earlier—the largest increase among the metros Redfin analyzed. Austin, Seattle, Phoenix and Denver followed.

In SoCal, Los Angeles’ delisting rate came in at 2.7 percent, while San Diego saw a slightly higher rate of 2.9 percent.