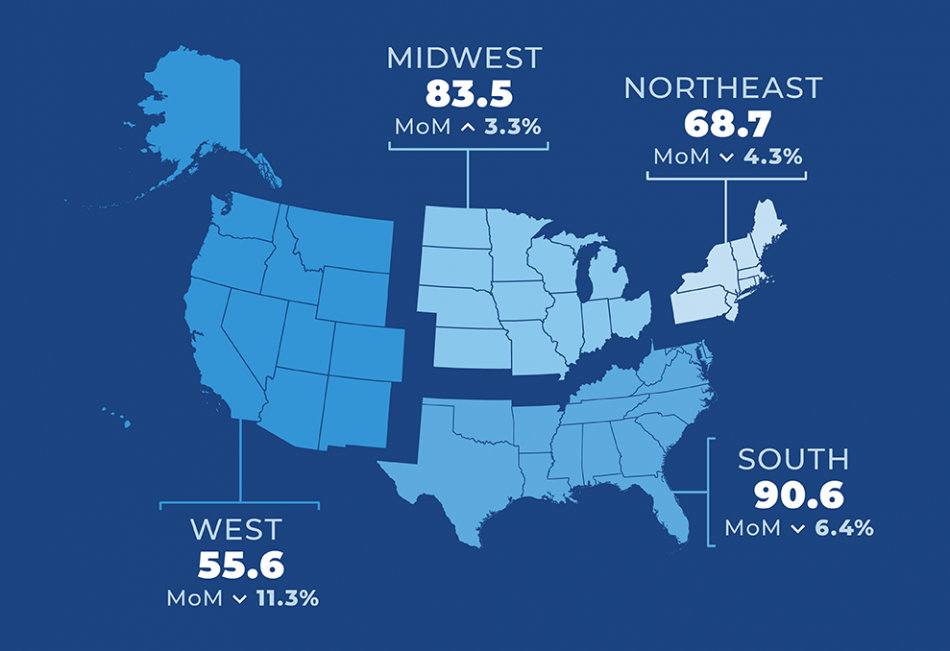 The National Association of Realtors is out with its October Pending Home Sales Index, which found would-be sales continued to slide for the fifth consecutive month.

“October was a difficult month for home buyers as they faced 20-year-high mortgage rates,” said NAR Chief Economist Lawrence Yun. “The West region, in particular, suffered from the combination of high interest rates and expensive home prices. Only the Midwest squeaked out a gain.”

The West index slipped by 11.3 percent month-over-month—the largest decline across the U.S. The region was followed by the South, down 6.4 percent and the Northeast, down 4.3 percent. The Midwest index actually increased in October by 3.3 percent.

“The upcoming months should see a return of buyers, as mortgage rates appear to have already peaked and have been coming down since mid-November,” Yun noted.