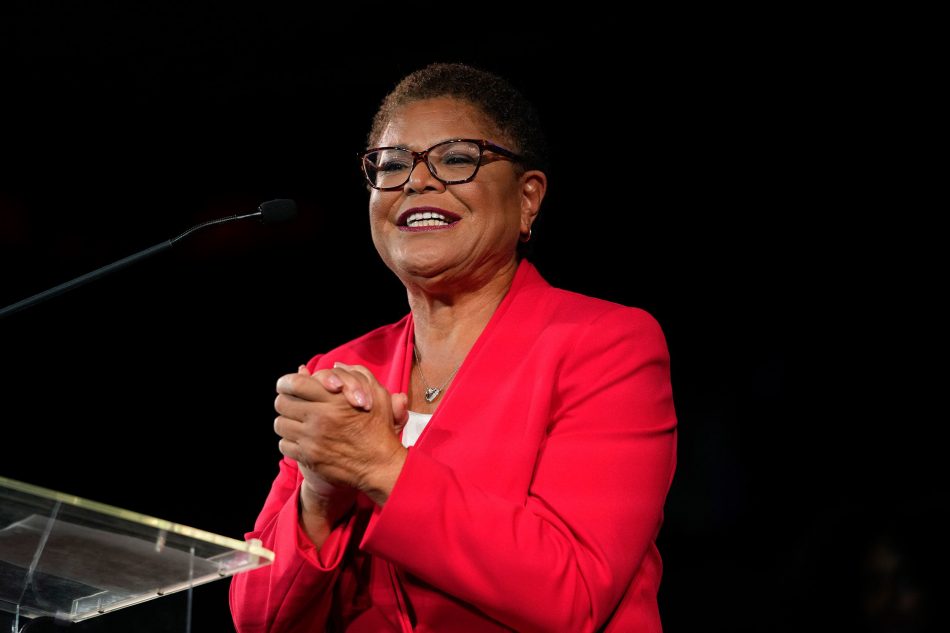 Karen Bass To Declare State Of Emergency In Los Angeles

Los Angeles Mayor-Elect Karen Bass is preparing to take on the city’s homeless epidemic with tough action and legislative muscle.

Bass has announced she plans on declaring a state of emergency on day one of her administration as the first step in her pledge to solve homelessness in L.A.

“We are definitely going to identify some of the most challenging encampments and make sure that we can get those people housed,” Bass said in an interview with the local ABC affiliate. “But declaring a state of emergency really allows us to rally, bring together the city agencies and allows us to look at, especially city-owned land and fast track things.”

In her first speech since being declared the winner last week, Bass told a crowd that NIMBYism will also not be acceptable in her administration’s work to house the thousands of youth and adults currently on the streets throughout L.A.

“You’re not going to be able to house 40,000 people in only the low-income areas – that is just not the case,” Bass said. “The crisis we face affects us all and all of us must be part of the solution,” Bass said. “Being a coalition builder is not coming together to sing Kumbaya. … Being a coalition builder is about marshalling all of the resources, all of the skills, the knowledge, the talent of this city.”

The Democratic congresswoman will take over leading the nation’s second-largest city next month.