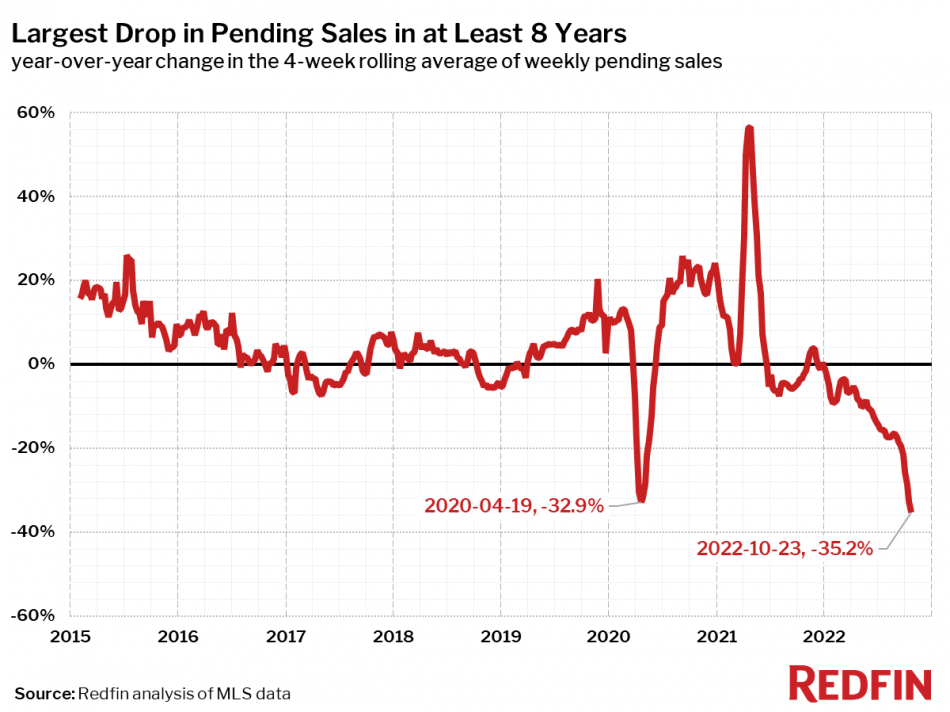 U.S. pending home sales fell 35 percent year over year during the four weeks ending October 23, according to Redfin. That represents the largest annual decline and the fewest homes under contract in any October since at least 2015, when Redfin’s weekly housing market records began.

“Until this month, the pullback in the housing market could be described as something of a return to pre-pandemic conditions before sub-3 percent mortgage rates ignited a homebuying frenzy in 2020 and 2021,” said Redfin Deputy Chief Economist Taylor Marr. “But now both mortgage purchase applications and pending sales are below 2018 levels. A four-year setback is a serious correction. With mortgage rates still elevated, we are in for further sales declines, but those should eventually bring price relief to those who need to move this winter.”

Additionally, Redfin found that fewer people searched for “homes for sale” on Google. Searches during the week ending October 22 were down 28 percent from a year earlier.

The seasonally adjusted Redfin Homebuyer Demand Index—a measure of requests for home tours and other home-buying services from Redfin agents—declined 11 percent in the past four weeks to its lowest point since May 2020. The index was down 35 percent year over year.