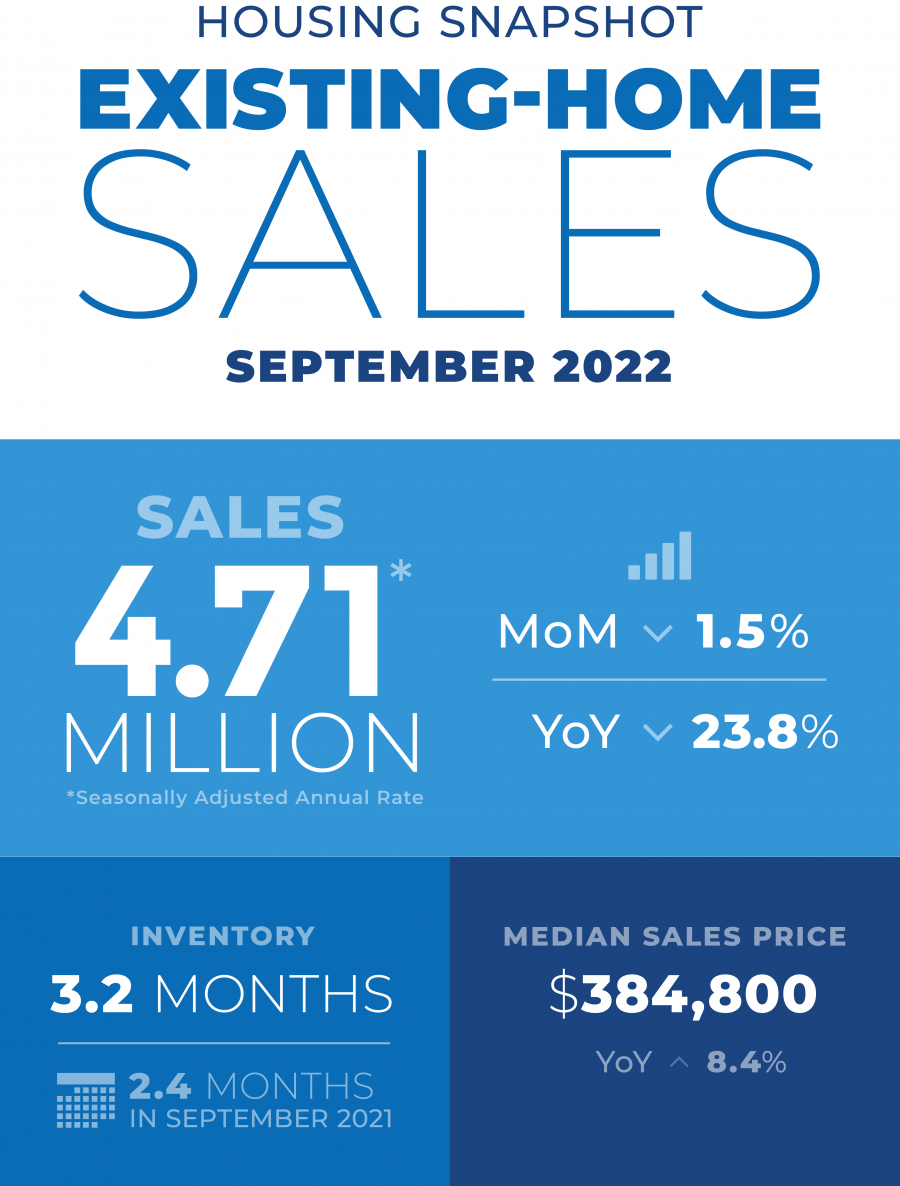 The National Association of Realtors is just out with September numbers that show existing-home sales slipped 1.5 percent from August to September. Compared to September 2021, sales were down 23.8 percent.

“The housing sector continues to undergo an adjustment due to the continuous rise in interest rates, which eclipsed 6 percent for 30-year fixed mortgages in September and are now approaching 7 percent,” said NAR Chief Economist Lawrence Yun. “Expensive regions of the country are especially feeling the pinch and seeing larger declines in sales.”

The median existing-home sales price increased to $384,800, up 8.4 percent from one year ago. This marks 127 consecutive months of year-over-year increases, the longest-running streak on record. It was the third month in a row, however, that the median sales price faded after reaching a record high of $413,800 in June of this year.

The inventory of unsold existing homes declined for the second straight month to 1.25 million by the end of September, or the equivalent of 3.2 months’ supply at the current monthly sales pace.

Existing-home sales in the West were identical to August, but down 31.3 percent from a year ago. The median price in the West was $595,400—a 7.1 percent increase from September 2021.

In the South, existing-home sales were down 1.9 percent in September from August. The median price in the South was $351,700, an increase of 11.8 percent from September 2021.