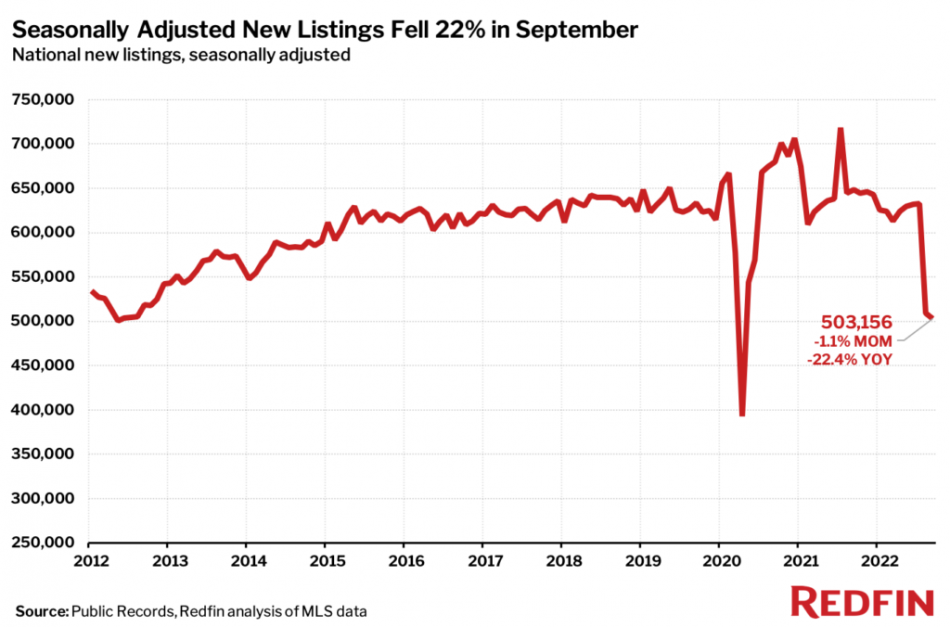 Would-be sellers appear to have hit the brakes last month, as Redfin reports that the number of new listings suffered the largest declines since May & April 2020 (i.e. the start of the pandemic).

According to new data out from Redfin, new listings fell 22 percent in September compared to a year earlier, as the number of homes sold also dropped 25 percent year-over-year.

“The U.S. housing market is at another standstill, but the driving forces are completely different from those that triggered the standstill at the start of the pandemic,” said Redfin Economics Research Lead Chen Zhao. “This time, demand is slumping due to surging mortgage rates, but prices are being propped up by inflation and a drop in the number of people putting their homes up for sale. Many Americans are staying put because they already relocated and scored a rock-bottom mortgage rate during the pandemic, so they have little incentive to move today.”

Roughly 60,000 home-purchase agreements were canceled in September, equal to 17 percent of homes that went under contract that month. That’s the highest percentage on record with the exception of March 2020.