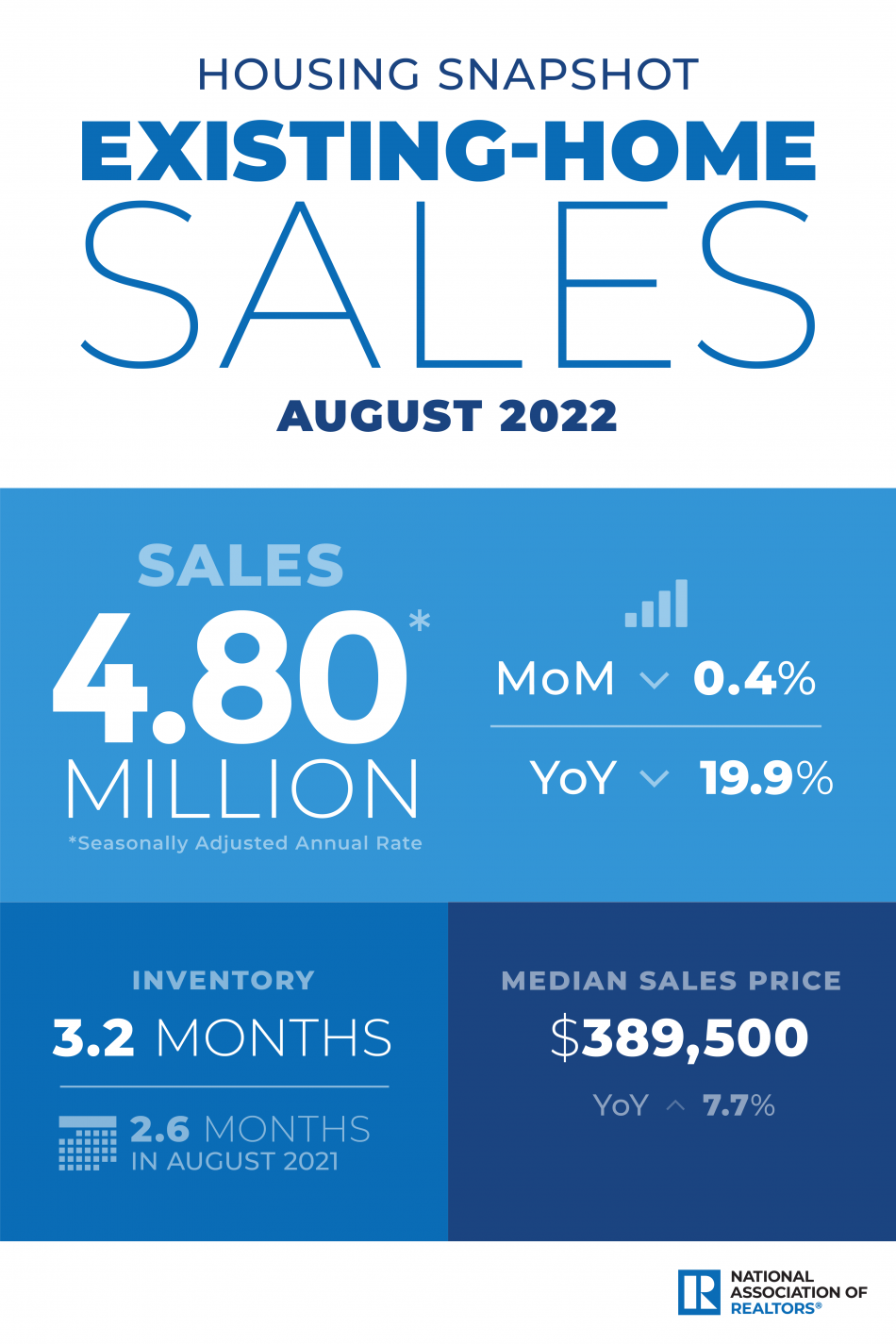 August was hot in California but that didn’t necessarily translate to the rest of the country when it came to existing-home sales.

New numbers out from the National Association of Realtors shows that sales slipped 0.4 percent nationally last month to a seasonally adjusted annual rate of 4.80 million in August. Year-over-year, sales faded by 19.9 percent.

“The housing sector is the most sensitive to and experiences the most immediate impacts from the Federal Reserve’s interest rate policy changes,” said NAR Chief Economist Lawrence Yun. “The softness in home sales reflects this year’s escalating mortgage rates. Nonetheless, homeowners are doing well with near nonexistent distressed property sales and home prices still higher than a year ago.”

Housing inventory at the end of August was 1,280,000 units, a decrease of 1.5 percent from July and unchanged from the previous year. Unsold inventory sits at a 3.2-month supply at the current sales pace—identical to July 2022 and up from 2.6 months in August 2021. It is, however, take a bit longer to sell a home, with properties typically on the market for 16 days in August, up from 14 days in July.

Mortgage And Refi Apps Tick Up