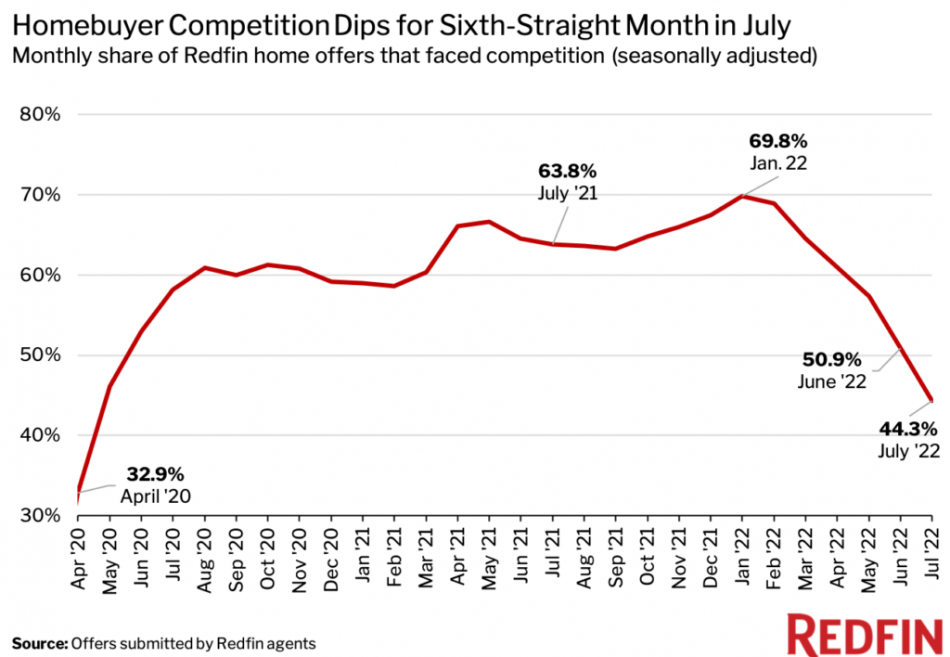 It’s apparently becoming easier and easier to purchase a home in terms of buyer competition. For the sixth-straight month in a row, Redfin found that homebuyer competition has once again fallen—now hitting one of the lowest shares on record.

Nationwide, 44.3 percent of home offers written by Redfin agents faced competition in July, compared with a revised rate of 50.9 percent one month earlier and 63.8 percent one year earlier. That’s the lowest share on record with the exception of April 2020, when the onset of the pandemic brought the housing market to a near standstill.

An offer is considered part of a “bidding war” if a Redfin agent reported that it received at least one competing bid. The typical home in a bidding war received 3.5 offers in July, compared with 4.1 one month earlier and 5.3 one year earlier.

Homeward Lays Off 20 Percent Of Team