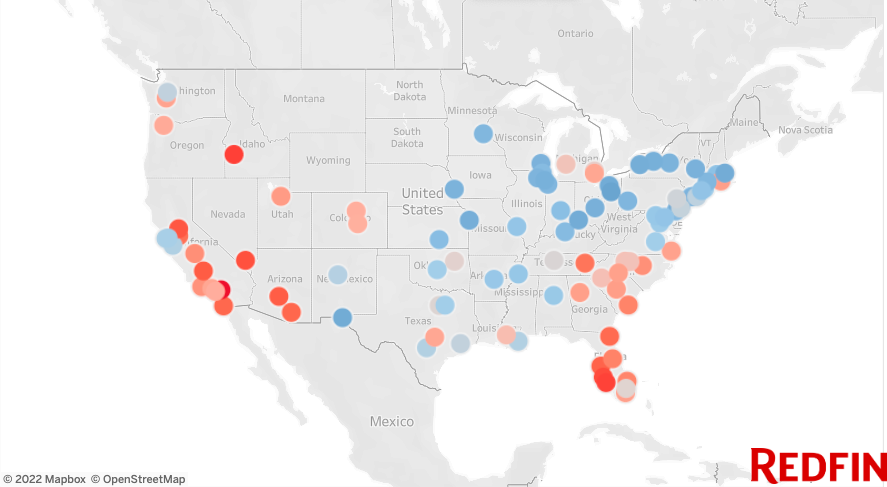 Riverside Likely To Be Hardest Hit As Market Reacts To Recession

Some of the country’s top migration spots during COVID now hold the largest chance of a quick cooldown as a national recession looms.

Redfin looked at the locations that show the greatest price and interest increases over the course of the last two years and found that Riverside has the highest chance of seeing its housing market cool further if the U.S. enters a recession. It has an overall risk score of 84, the highest of any major U.S. metro.

Riverside, which spans San Bernardino and Ontario through the Palm Springs area, has highly volatile home prices and it was a hot destination during the pandemic, both for people permanently relocating and those buying second homes.

“a recession–or even a continued economic downturn that doesn’t reach recession levels–would impact some local housing markets more than others, and there are a few factors that put certain areas at risk,” said Redfin Senior Economist Sheharyar Bokhari. “First, what goes up must come down. Home prices soared at an unsustainable rate in many pandemic homebuying hotspots, both with second-home buyers and remote workers permanently relocating who were taking advantage of record-low mortgage rates. Demand driven by relocators and second-home seekers pulls back in an economic downturn, a trend that has already begun. Additionally, places where people tend to have high debt compared with their income and home equity are vulnerable because their residents are more likely to foreclose or sell at a loss.”