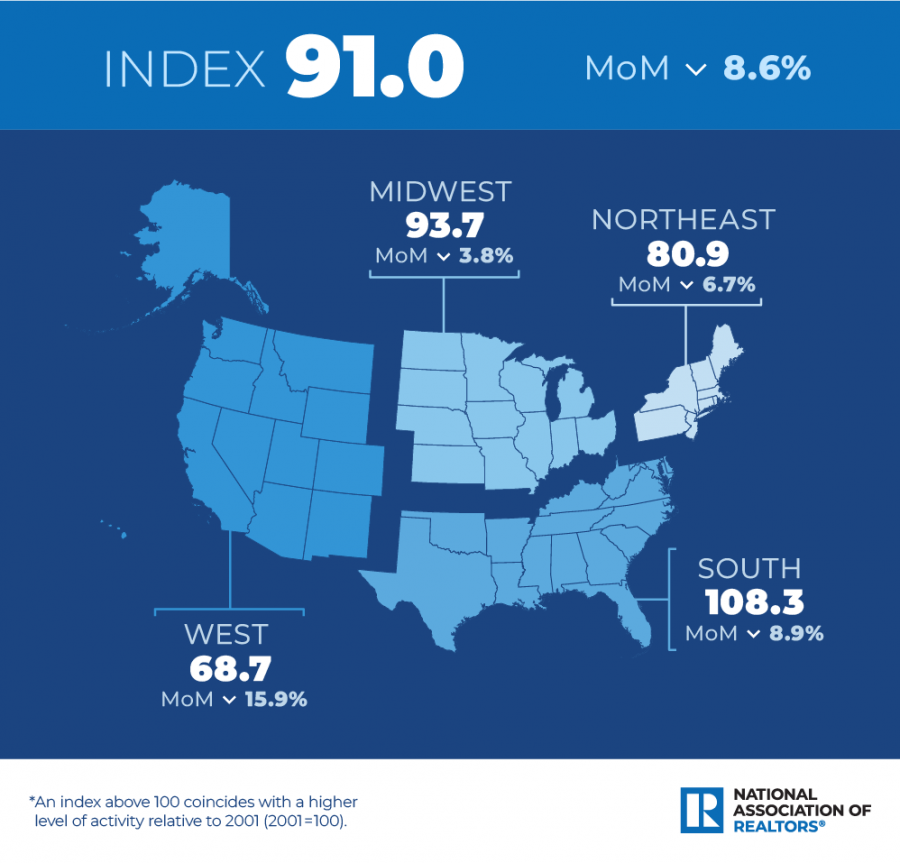 Following a slight bump in May, pending home sales fell 8.6 percent nationally last month per new numbers out from the National Association of Realtors. Year-over-year, transactions were down 20 percent compared to June 2021.

NAR’s Pending Home Sales Index, a forward-looking indicator of home sales based on contract signings, hit 91.0 in June. An index of 100 is equal to the level of contract activity in 2001.

According to NAR, buying a home in June was about 80% more expensive than in June 2019.

“Contract signings to buy a home will keep tumbling down as long as mortgage rates keep climbing, as has happened this year to date,” said NAR Chief Economist Lawrence Yun. “There are indications that mortgage rates may be topping or very close to a cyclical high in July. If so, pending contracts should also begin to stabilize.”

Out West, pending sales were down 15.9 percent in June, down 30.9 percent from June 2021. The Northeast region’s contracts signings were down 6.7 percent compared to May and 17.6 percent annually.

The Midwest index dropped 3.8 percent in June, a 13.4 percent decline from a year ago. The South fell 8.9 percent monthly and 19.2 percent annually.

“Home sales will be down by 13 percent in 2022, according to our latest projection,” Yun added. “With mortgage rates expected to stabilize near 6 percent and steady job creation, home sales should start to rise by early 2023.”