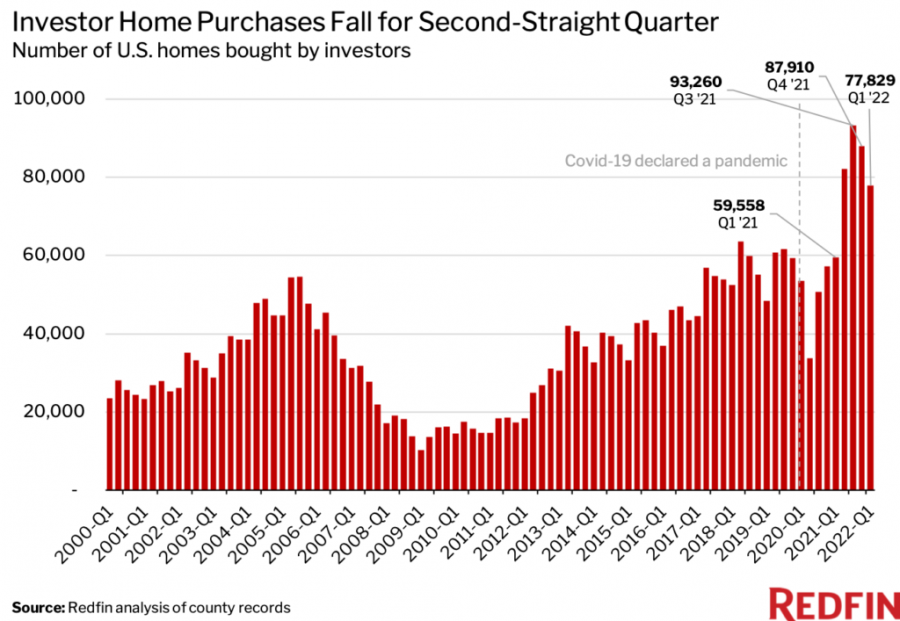 It appears the surge in mortgage rates has finally impacted the investment market, as Redfin reports that investor home purchases have fallen considerable.

On a year-over-year basis, investor purchases were up 30.7 percent—the smallest annual gain in a year.

That’s not the say that investment properties aren’t still be snatched up around the U.S. Per Redfin, investors purchased a record 20 percent of homes that sold in Q1, up from 19.2 percent one quarter earlier and up 15.3 percent from one year earlier.