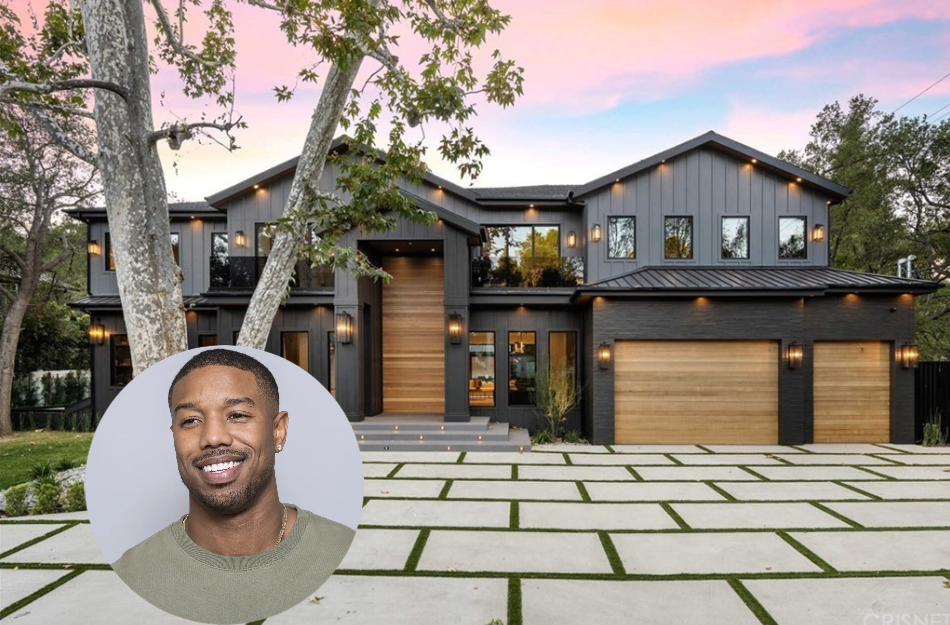 Michael B. Jordan Buys In Encino

Encino strikes again! Another Hollywood A-listed has pulled a moving van up to the ever-popular Valley destination with news that Michael B. Jordan has closed on a $12.5 million modern farmhouse.

Earlier last month, we reported that Jordan had listed his Hollywood-proper home for $6.988 million. And while that bachelor pad still remains on the market, that apparently has stopped Jordan from moving on.

His new Encino home features eight bedrooms and 12 bathrooms across 12,300 square feet of living space. Tucked behind private gates and sitting on just over half an acre, the home offers an expansive formal living, dining and family rooms with soaring ceilings. A chef’s kitchen showcases a massive dual island, state of the art appliances, seamless cabinets, breakfast nook and sliding glass doors.

The lower level is home to a private theater, a temperature-controlled wine cellar and spa. Outside you’ll find an infinity edge pool and spa, built-in BBQ with bar countertop, patio and firepit.

California Listings expert Dennis Chernov of The Agency held the listing alongside Adi Livyatan of Rodeo Realty. Jordan was represented by Andrew Mortaza and Bryan Castaneda of The Agency.