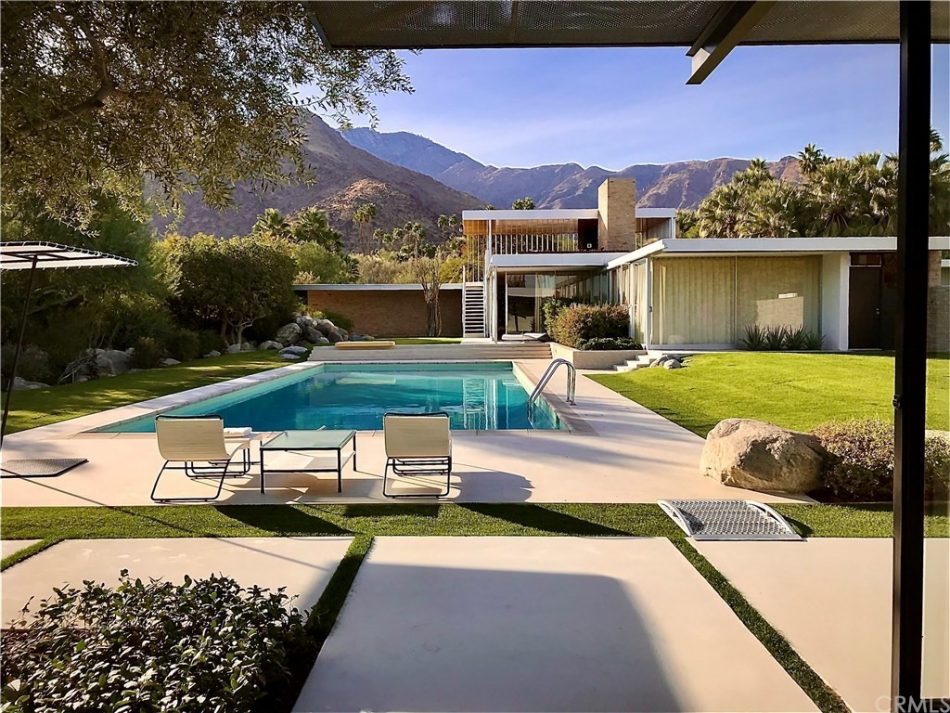 The Midcentury masterpiece captured in Slim Aarons’ photograph “Poolside Gossip” has finally sold—setting a local record in the process.

Richard Neutra’s Kaufmann House closed at $13,062,500 last week, following nearly a year on the market. The property had been relisted last June with an asking price of $16,950,000. As we previously reported, though, the home was originally listed in October 2020 for $25 million.

Sitting on more than two acres and featuring 3,000+ square feet of living space, the home has five bedrooms and six bathrooms. Additionally, the adjoining lot is home to a tennis court, a poolhouse and the iconic pool made famous by that classic 1970 photograph (below).

To ensure the architectural integrity was kept intact, the property underwent a five year restoration by Marmol Radziner. One of the most unique features of the home is its second-floor, open-air covered patio—designed as a way of getting around strict building regulations that, at the time, restricted home construction to a single level.

The sale now makes the Kaufmann House the most expensive sale in Palm Springs history. The extra $62,500 pushed the deal over the edge, beating the former record held by the John Lautner-designed compound owned by the late comedian Bob Hope, which sold for $13 million in 2016.

Gerard Bisignano of Vista Sotheby’s International Realty repped both the seller and buyer in this deal.