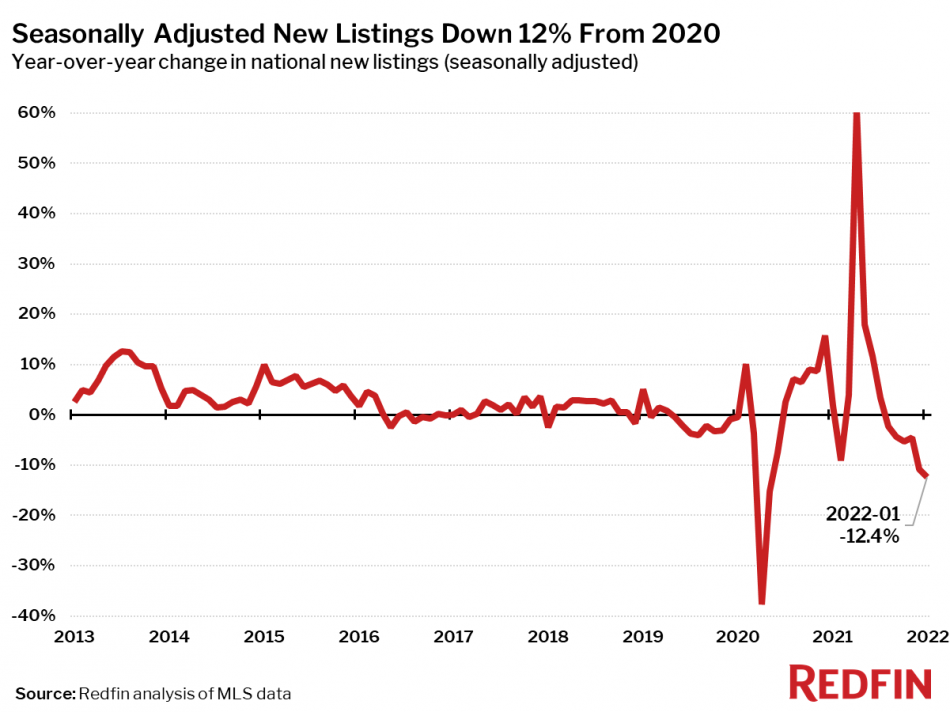 If you’ve been toying with the idea of listing your home—act now!

That’s the takeaway from Redfin’s latest data set, which found that newly listed homes were down 12.4 percent last month (compared to December 2021) to record-low inventory. But even with short supply, home buyers persisted as sales rose 7.5 percent.

Also up: home prices. The national median home sale price in January was up 14 percent from a year earlier to $376,200.

Sale prices increased year-over-year in all but one of the 88 largest metro areas Redfin tracks, with Bridgeport, CT, down 2 percent from a year earlier. The largest price increases were in North Port, FL, Austin and  and Phoenix at 32 percent, 32 percent and 29 percent, respectively.

“We believe that the inventory crunch will ease in the summer as rates rise, but may not go away in 2022,” said Redfin CEO Glenn Kelman. “We’re well aware of the economic pressures on homebuyers, but so many people are still so desperate to move that sales for now are still mostly constrained by inventory, not prices or even mortgage rates.”