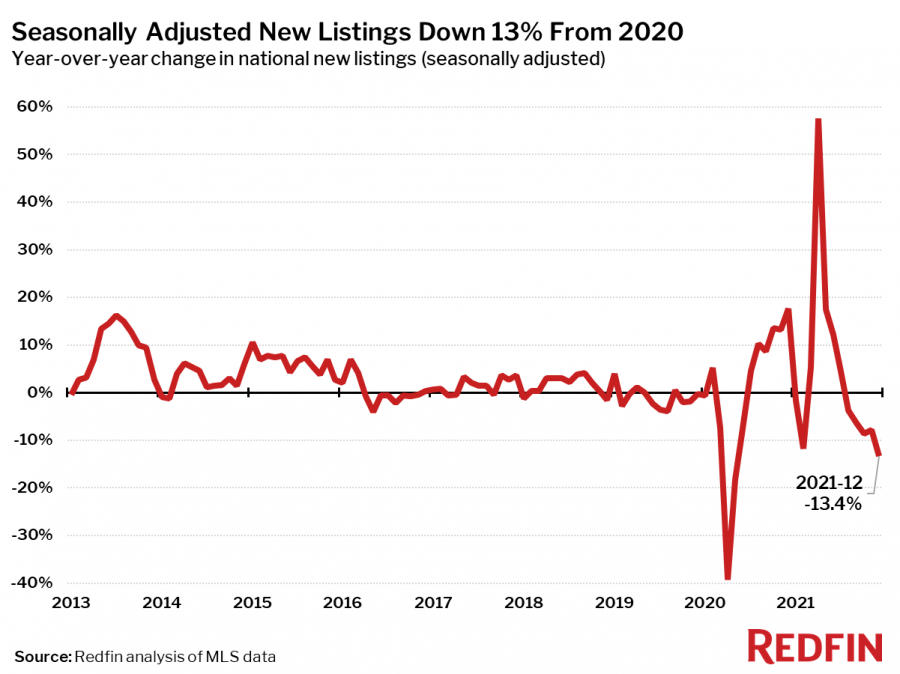 Call it the holiday slowdown or inventory blues, but either way you look at the data it appears December was slow when it comes to home sales. Redfin is one of the first out of the gate with its monthly reports, and analysts found the largest month-over-month sales decline since May 2020.

According to Redfin, home sales were down 3.6 percent in December 2021 compared to November 2021. Home prices surged 15 percent compared to December 2020, marking the 17th consecutive month of double-digit increases.

“Home sales are slumping, but not for lack of demand,” said Redfin Chief Economist Daryl Fairweather. “There are plenty of homebuyers on the hunt, but there is just nothing for sale. In many markets, shopping for a home feels like going to the grocery store only to find the shelves bare. In January, I expect to see more buyers and sellers in the market, but demand will increase more than supply–pushing prices higher at the start of this year.”

The median sale price increased in all but one of the 88 largest metro areas Redfin tracks when comparing data to a year earlier. The only metro area with a decrease was Bridgeport, CT, where home prices fell 0.4 percent.

Contributing to the slow December sales numbers—a decline in new listings. According to Redfin, seasonally adjusted new listings of homes for sale were down 13 percent in December compared to a year earlier, marking the largest decline since May 2020. New listings fell from a year ago in 82 of the 88 largest metro areas.