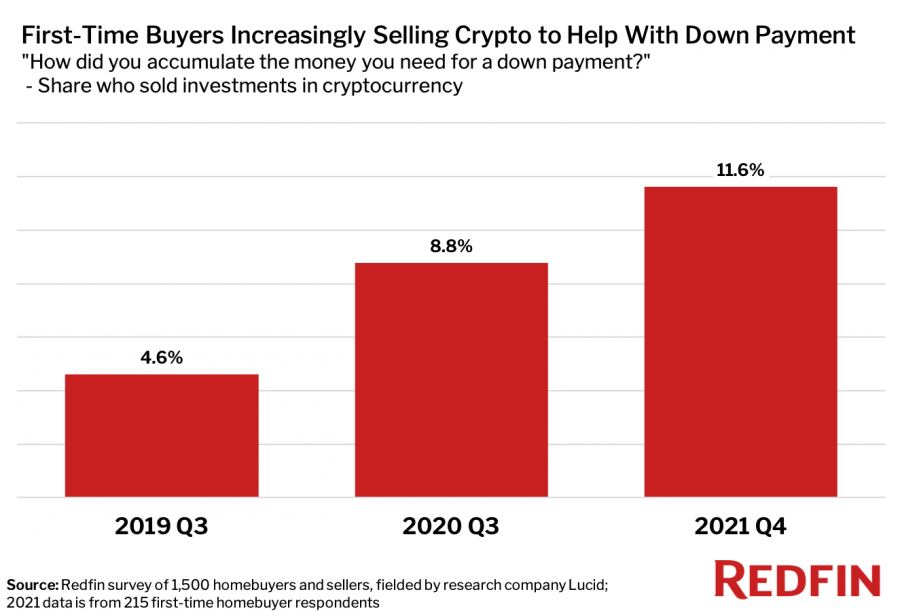 One in nine first-time homebuyers turned to cryptocurrency to make their home dreams a reality. That’s the latest news out from Redfin, which has been tracking the dependency on digital currencies since 2019.

Then, just 4.6 percent of first-time buyers reported using cryptocurrency to help with a down payment. That percentage jumped to 8.8 percent in the third quarter of 2020.

Of the 1,500 people surveyed, 215 respondents answered the question, “How did you accumulate the money you need for a down payment?” According to Redfin, the most common response was “saved directly from paychecks” (52 percent), while less common answers included “cash gift from family” (12 percent) and “pulled money out of a retirement fund early” (10 percent).

“With extra time and a lack of exciting ways to spend money, many people began trading cryptocurrencies during the pandemic,” said Redfin Chief Economist Daryl Fairweather. “Some of those investments went up in smoke, but others went ‘to the moon,’ or at least rose enough to help fund a down payment on a home. Crypto is one way for people without generational wealth to win a lottery ticket to the middle class.”

Millennials, who own more cryptocurrency than other generations, now account for more than half of new mortgages in the U.S.

Listing of the Day: Two Story In Canyon Country