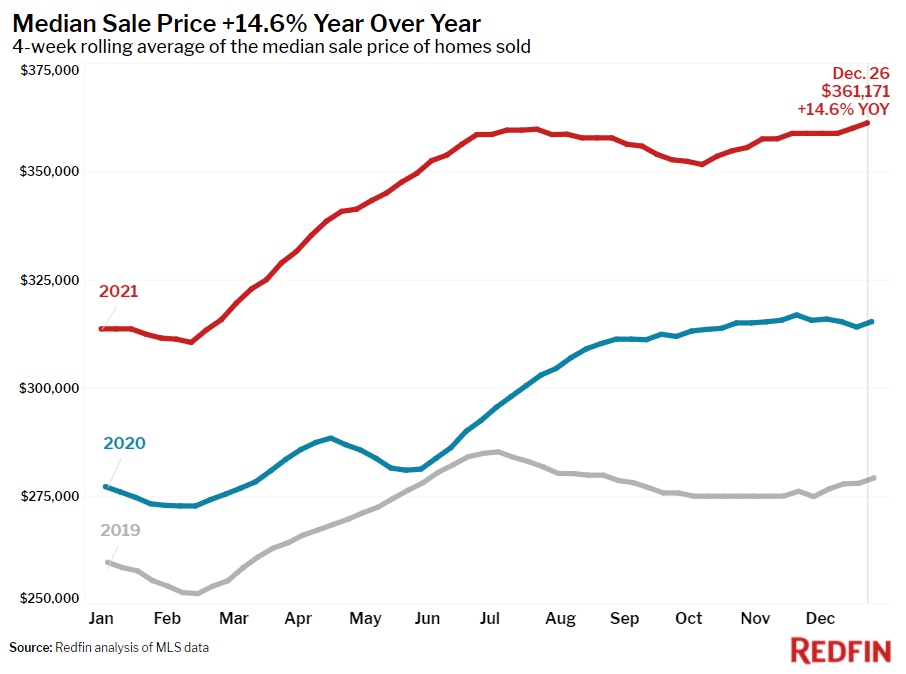 The Christmas effect threw the market into extremes, according to new numbers out from Redfin, as prices reached new highs and inventory hit new lows.

During the four-week period ending December 2, the median home sale price rose 14.6 percent year-over-year to a new all-time high of $361,171. Additionally, new listings and pending sales both dropped to their lowest levels since January.

New listings of homes for sale were down 6.4 percent from a year earlier, but up 15.6 percent from 2019, according to Redfin.

“The holiday effect of homebuyers and sellers diverting their time and attention toward travel and celebrations was even more extreme than during the pre-pandemic Christmas week of 2019,” said Redfin Deputy Chief Economist Taylor Marr. “We see this slowdown as a temporary consequence of the holidays, and not as an indication that homebuyer demand is backing off. Those who did purchase homes over the holidays paid high prices due to the ongoing supply shortage.”