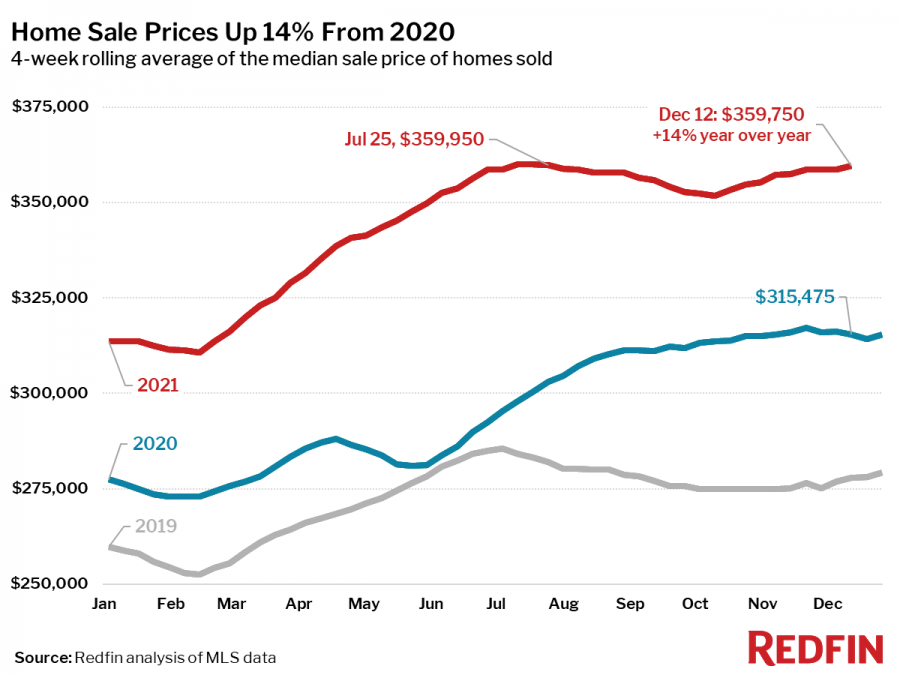 The latest sales report out by Redfin highlights two extremes for the housing market: Prices are sky high and inventory is very low.

The number of new listings during the time period were down 8 percent compared to the same time last year. Additionally, asking prices of newly listed homes were up 12 percent from the same time a year ago and up 28 percent from 2019 to a median of $348,450.

“Homebuyers are being hit particularly hard by this wave of inflation,” said Redfin Chief Economist Daryl Fairweather. “People who set out to buy a home in 2020 but delayed their plans or lost out in bidding wars may now find themselves priced out of homeownership. Right now the only thing likely to slow the rate of home-price growth is a mortgage-rate hike, which would be something of a Pyrrhic victory for homebuyers.”

Of those homes that sold, 43 percent went more more than the listing price, up from 34 percent a year earlier.

December 17: Open House Round Up