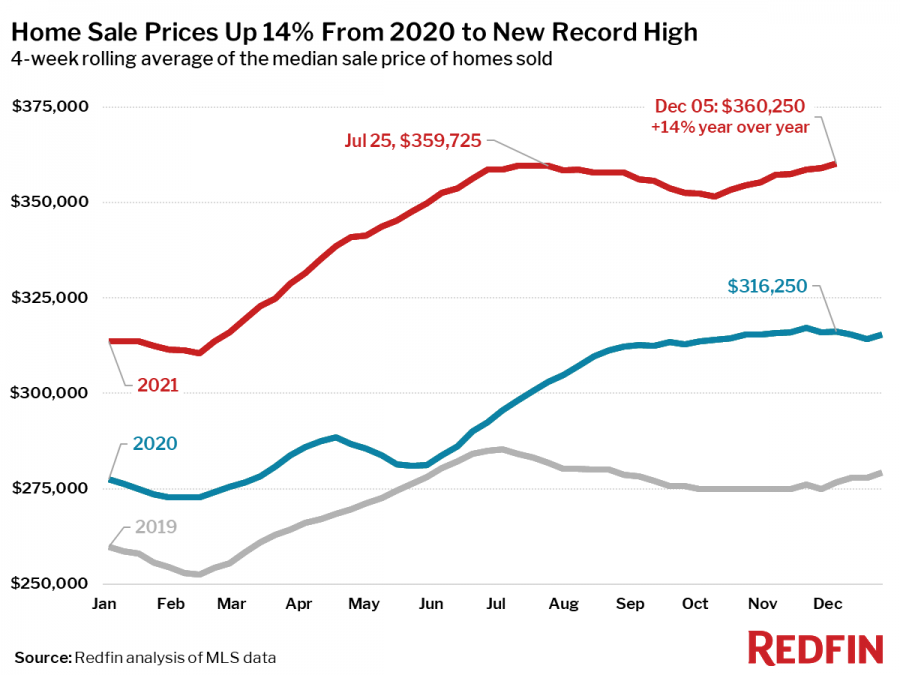 The winter slowdown may be creeping in as it relates to buyer demand, but that’s not stopping sales prices from reach record highs.

“Homebuying demand seems to be returning to a slowdown trend that we’d typically expect to see in the last few weeks of the year,” said Redfin Chief Economist Daryl Fairweather. “The latest research on the Omicron variant seems to be easing consumers’ worst fears, but a lot of uncertainty remains in the economy—from inflation, jobs and wages to how the Fed reacts to those factors. Amid all that economic uncertainty, the notion that home prices will continue to grow in the nearterm feels relatively certain.”

Elsewhere in the report, Redfin notes that asking prices of newly listed homes were up 11 percent from the same time a year ago to a median of $347,500. Homes that sold were on the market for a median of 25 days, down from 31 days a year earlier and 47 days in 2019.