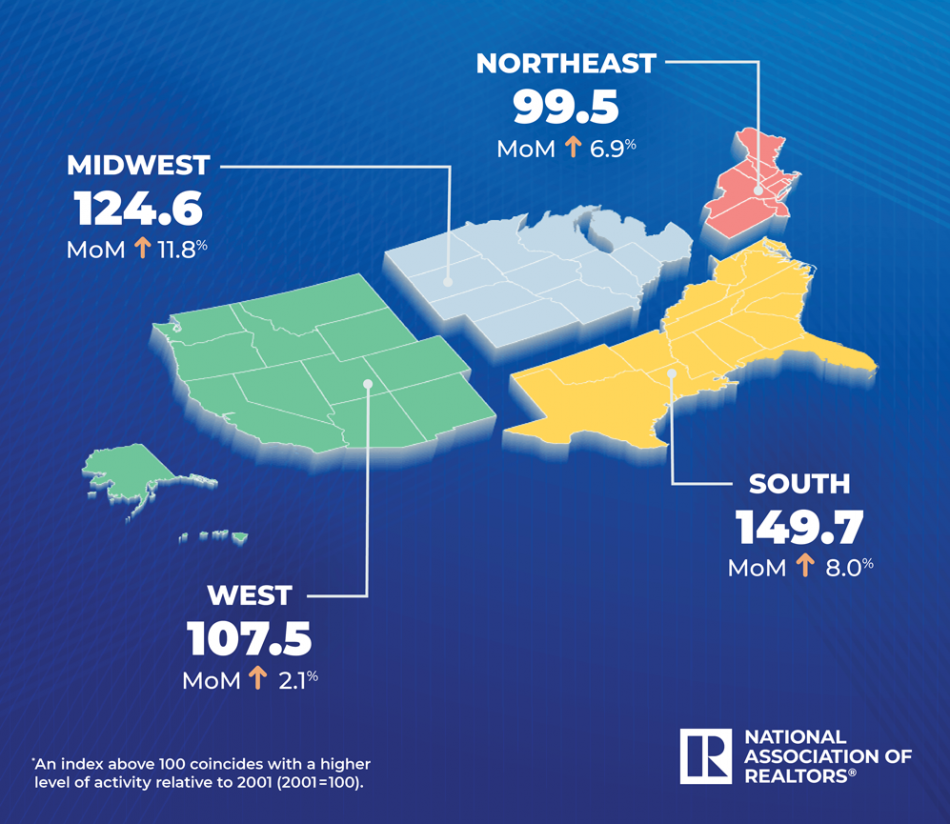 According to NAR, pending home sales were up 7.5 percent in October, with the number of contract signings jumping in all regions across the U.S. Year-over-year, however, pending sales were still down 1.4 percent.

“Motivated by fast-rising rents and the anticipated increase in mortgage rates, consumers that are on strong financial footing are signing contracts to purchase a home sooner rather than later,” said Lawrence Yun, NAR’s chief economist. “This solid buying is a testament to demand still being relatively high, as it is occurring during a time when inventory is still markedly low. The notable gain in October assures that total existing-home sales in 2021 will exceed 6 million, which will shape up to be the best performance in 15 years.”

Compared to September, contract signings rose the most in the Midwest and South regions. The index in the West grew 2.1 percent in October to 107.5, down 6.2 percent from a year prior.