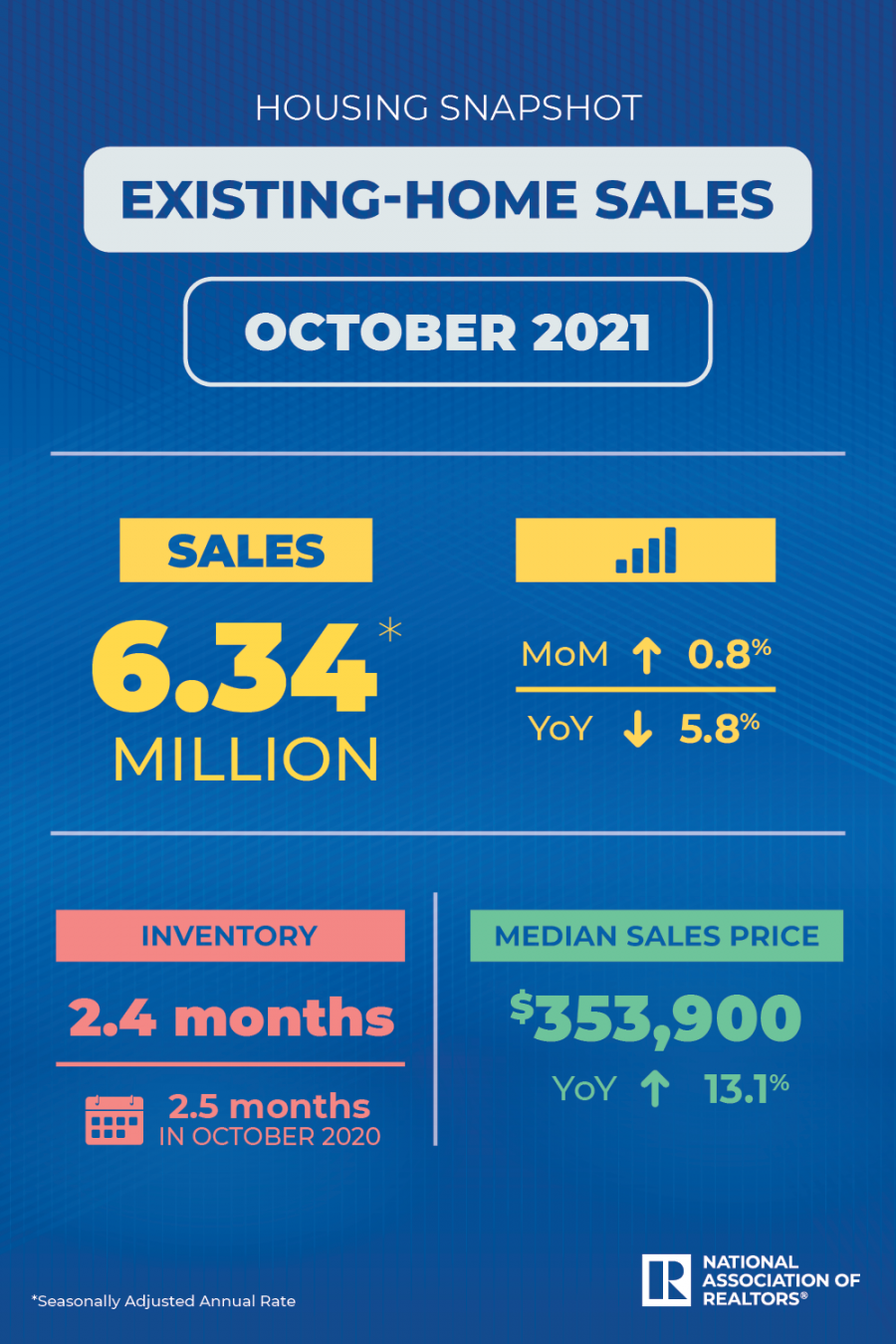 For the second consecutive month, existing home sales were up—ever so slightly—in October, according to new numbers out from the National Association of Realtors.

Total existing-home sales including single-family homes, townhomes, condominiums and co-ops, were up 0.8 percent from September to a seasonally adjusted annual rate of 6.34 million in October. Compared to October 2020, however, sales fell 5.8 percent.

For the 116th straight month, the median existing-home price increased in October to $353,900—up 13.1 percent from October 2020. With the October bump, this is now the longest-running streak on record.

Total housing inventory at the end of October amounted to 1.25 million units, down 0.8 percent from September and down 12 percent from one year ago.

Unsold inventory sits at a 2.4-month supply at the current sales pace, equal to September’s supply, and down from 2.5 months in October 2020.