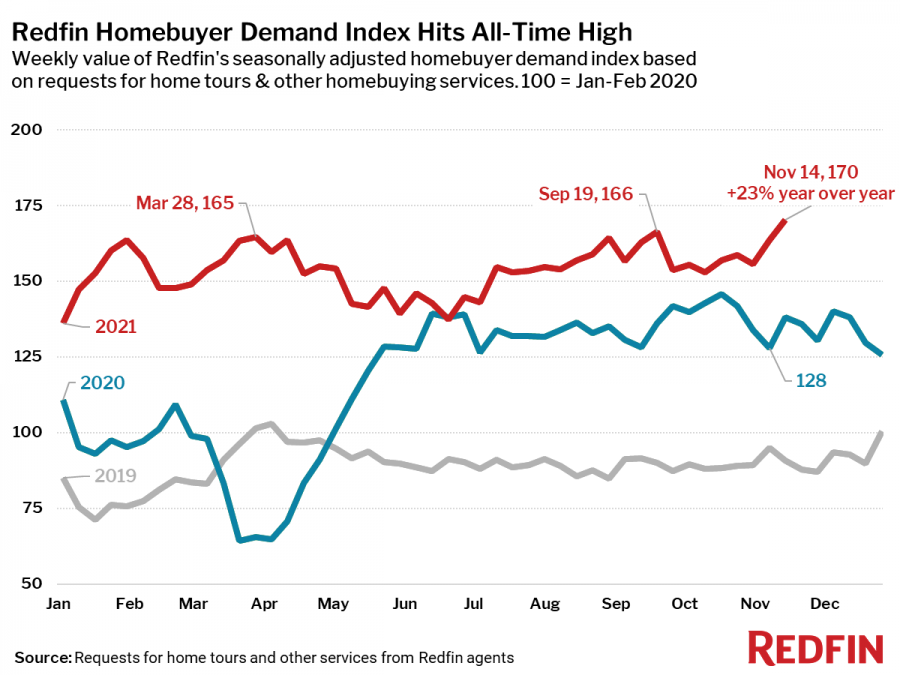 Homebuying demand continues to rise, despite new listings continuing to slow and prices remaining high. According to Redfin, the Homebuyer Demand Index rose 6.7 points during the week ending November 14 to its highest level on record since the data began in 2017. That also means that demand, according to the index, was up 23 percent from a year earlier.

“The economy is recovering strongly and mortgage rates are still near all-time lows. Those two forces combined have caused homebuying demand to hit a record high,” said Redfin Chief Economist Daryl Fairweather. “People who tried to buy a home in the spring are coming back for round two, only to find the market is still quite difficult because of a lack of homes for sale.”

New listings during the same time period were down 3 percent, however, from a year earlier.

Billy Bob Thornton Gets Asking Price Of $3.6 Million In Brentwood