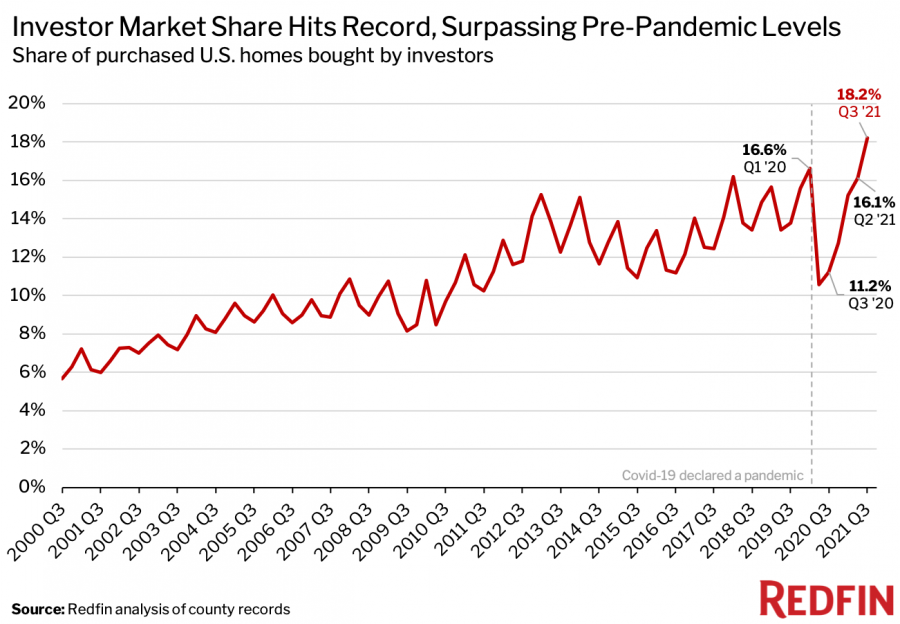 Investors bought a record 18.2 percent of U.S. homes that were purchased during Q3 of this year, according to data released by Redfin. That’s up from a revised rate of 16.1 percent in the second quarter and 11.2 percent a year earlier.

A record 90,215 homes were bought by investors last quarter, up 10.1 percent from Q2 and up 80.2 percent from the third quarter of last year—the second-largest year-over-year gain on record.

Some 76.8 percent of investor home purchases were all cash deals last quarter. Investors bought a record $63.6 billion worth of homes, up from $58.8 billion in the second quarter and $35.7 billion a year earlier.

Also up, the cost of the homes themselves. The typical home purchased by an investor in Q3 cost $438,770—5.3 percent higher than a year earlier.

Listing of the Day: Midcentury Malibu