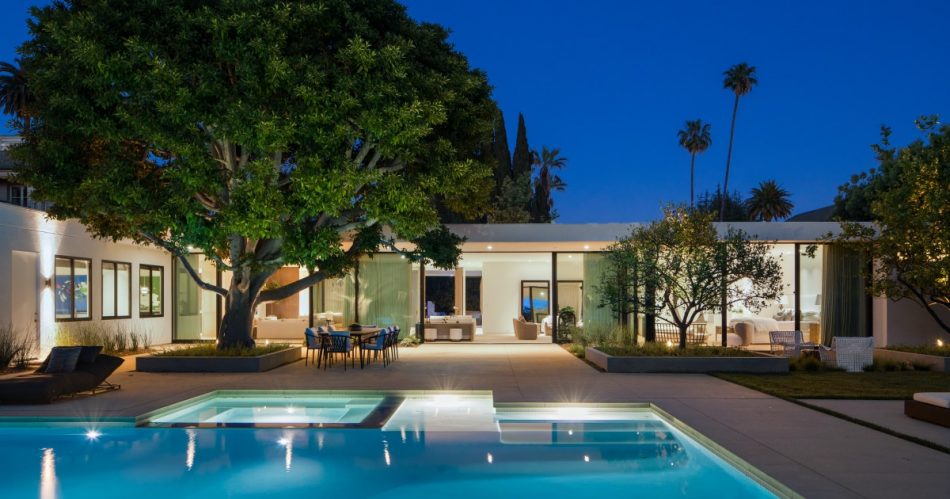 Real estate is Beverly Hills certainly comes at a premium, but for producer Joe Roth, that premium is near record setting.

Roth, producer of blockbusters including Maleficent and Alice in Wonderland, has reportedly closed on a 5,514 square foot Midcentury in the Beverly Hills Flats for $23 million. The price works out to $4,171 per square foot—one of the highest ever recorded in Beverly Hills, according to the L.A. Times.

Sitting on half an acre, the the 1960’s property was built by Daniel Dworsky, who also designed UCLA’s Drake Stadium. Boasting five bedrooms and five-and-half baths, the home features a  covered courtyard entry, walls of glass, a covered patio, large yard, pool and spa.

Per the L.A. Times, the house recently underwent an interior upgrade thanks to designer Waldo Fernandez.

Mortgage Delinquency And Foreclosure Rates Down Across The Country