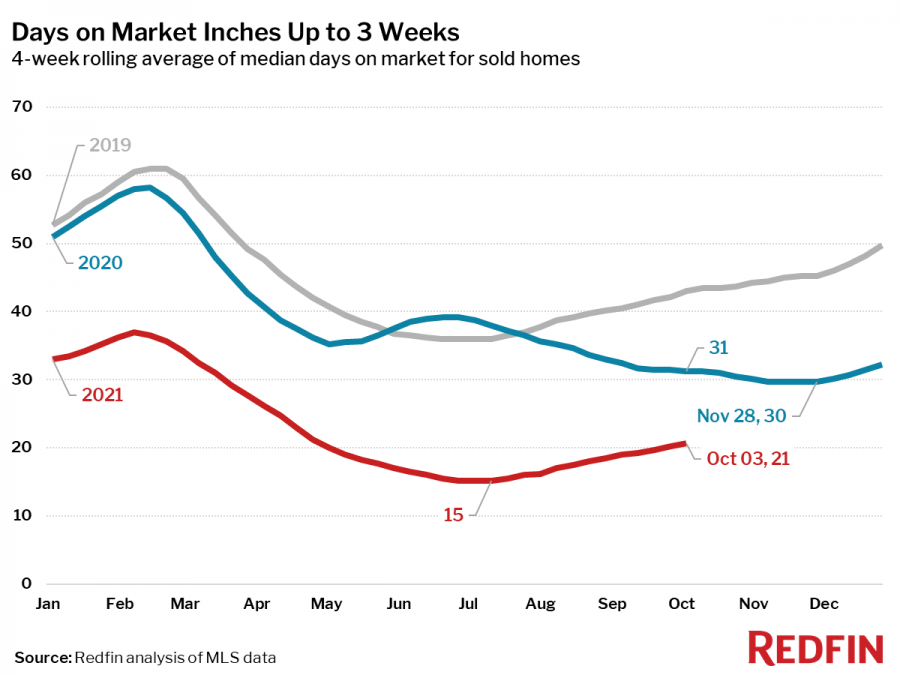 As mortgage rates have surpassed and generally stayed at or above the 3 percent marker for the past few weeks, Redfin sought to find the financial impact on payments. And according to newly released data, the small increase already felt by some is likely to increase through the remainder of the year.

Per Redfin, the average homebuyer’s monthly mortgage payment rose $50 over the last six weeks. For the week ending September 30, 30-year mortgage rates rose to 3.01 percent, the first time since June rates have been over 3 percent.

“Mortgage rates and asking prices are both on the rise, which translates to higher housing costs,” said Redfin Chief Economist Daryl Fairweather. “For now, mortgage rates are still hovering near 3 percent and demand remains strong. However, we are likely to see rates tick up into the winter months, and that could slow demand just like it did in late 2018. As that happens, sellers will have a harder time getting buyers to bite on their sky-high asking prices.”

Listing of the Day: Ranch Home In Leona Valley