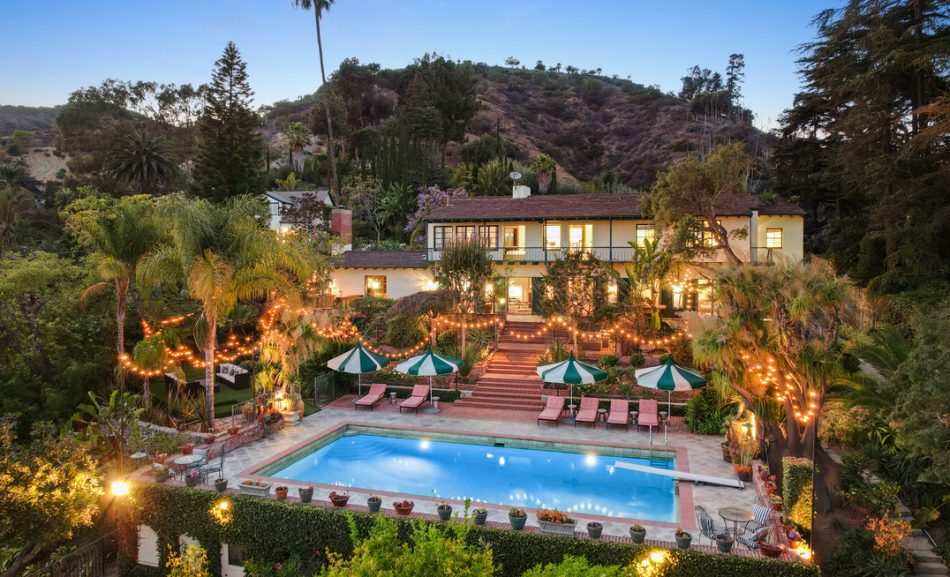 Looking to live like Hollywood royalty? Helen Mirren’s longtime Hollywood Hills property is on the market, with an asking price of $18.5 million. Not ready to commit? The compound is also available for lease!

According to the listing, the property includes a main house, guesthouse and apartment for a  combined nine bedrooms and 11 bathrooms across 10,000 square feet. Sitting on 6.5 acres, it’s the second-largest property currently available in Hollywood Hills.

The home has had just four owners, all with entertainment cache.  Dustin Farnum, star of DeMille’s Squaw Man; Mark Hellinger, writer/producer whose short story gave rise to Bogart/Cagney film The Roaring Twenties; Gail Patrick, executive producer of Perry Mason series and one of the first and most successful female producers in Hollywood; and now Mirren and her husband, director Taylor Hackford.