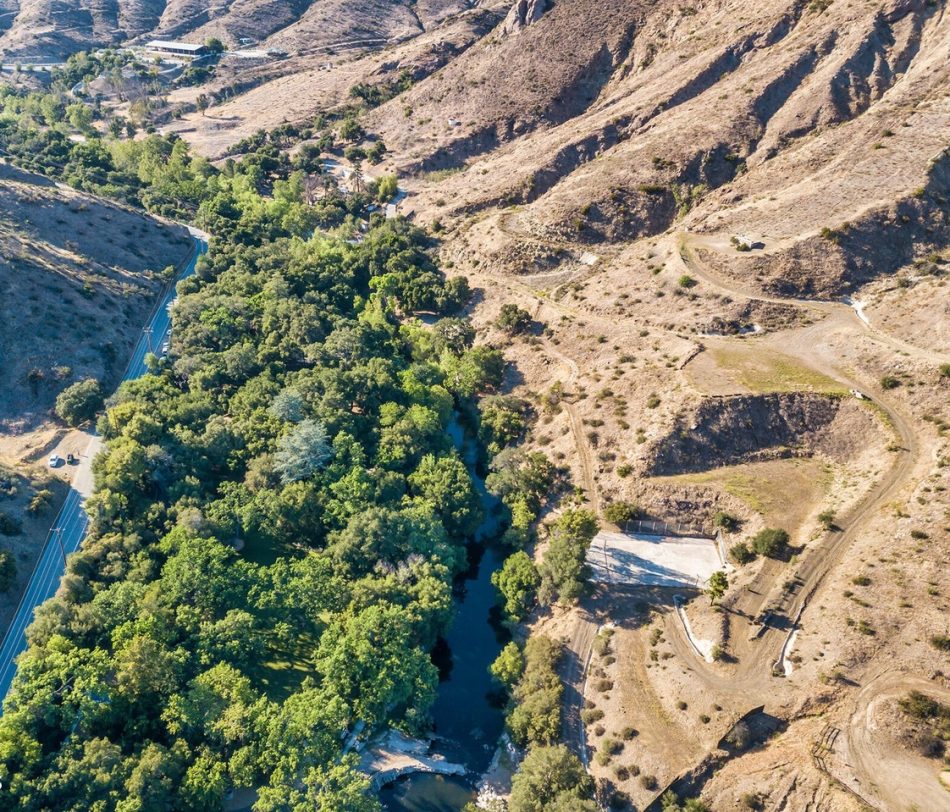 “Gone With The Wind” Ranch Location Listed At $12 Million

Oak Canyon Ranch, the 48-acre Agoura Hills property frequently booked for weddings, has hit the market with an asking price of $12 million, per the L.A. Times. While Angelenos may be familiar with the ranch for it’s special events, film buffs will better recognize it as the setting in classic Old Hollywood movies.

The scenic ranch most famously appeared in Gone With the Wind, but also “guest starred” in The Great Dictator,  Made for Each Other, Home in Indiana and other films during the 1940s. While the land may have matured since then, the property remains ready for its close up—and ready for a new owner.

Surrounded by the Santa Monica Mountain National Reserve, the compound consists of a banquet hall, conference rooms, numerous bungalows/cabins, multiple modular homes, a garage, barn, gazebo, out buildings and pool. Per the listing, the property has 12 bedrooms and 15 bathrooms across 21,000 square feet of living space.

The grounds are also home to a year-round creek that extends the full length of the property with an Arizona Crossing that leads to an extensive connecting trail system, elevated viewing pads, natural corral, tennis court and an amphitheater.

Jordan Cohen of RE/MAX One holds the listing.

Listing of the Day: Encino Traditional